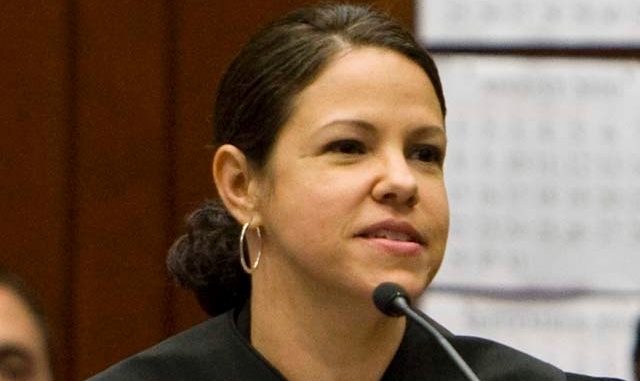 The courtroom is dusty and hot, and the onlookers, reporters, and your family crowd the chamber. You feel out of place and afraid as you rub your sweaty hands together nervously at the defense table. In your heart, you know you did the right thing, but now you are on trial.  Losing this battle means prison, and not necessarily just for you. The trial is a public spectacle, and if you are found guilty the floodgates will open, setting a precedent for others who believe as you do to be arrested and tried just the same.  The stakes are incredibly high, but at this moment all you can think about is your wife and children sitting behind you praying harder than they ever have.

Kit Perez Kit is the Asst. Editorial Director of Liberty Nation. She writes on intelligence, digital security and tech.

For weeks you watched the prosecution paint you as a violent criminal who should go to jail. You’ve watched over and over as people you thought you knew took the stand for the prosecution, allegedly lying about who you are and what you did.  Worse, you’ve seen the judge openly side with them. Repeatedly she has refused to allow the evidence that proves your innocence, refused even to hear your attorney’s arguments.  You aren’t allowed to ask questions; your attorney isn’t even allowed to cross-examine many of the witnesses. You don’t understand; you have the right to question your accusers, don’t you? At least, it says so in the pocket-sized Constitution you carry in your shirt.  You’re not allowed to look at it; the judge has decreed that no copies of the Constitution are allowed in the courtroom unless they are turned backward, hiding what they are.  Not even spectators can carry the little booklets without turning them face down.

There is video evidence exonerating you, explaining the context of what happened and showing your state of mind and lack of malicious intent. In fact, the videos show plainly that you were forced to defend yourself against a more powerful aggressor. You managed to get your attackers to step back, to stand down, and you showed restraint even though they assaulted you, threw you to the ground, pointed a gun at your head, and shot your animals. You stood firm and said “no more,” making it clear that you would not run away in fear.  And now here you sit, charged with a list of crimes in a courtroom that is nothing like what the document in your pocket says it should be.

Some of the witnesses leave out information they know would prove you innocent. Since your attorney is rarely allowed to cross-examine, their false statements stand and are entered into court records and heard by the jury with no rebuttal.

The prosecution witnesses all sit there in the courtroom watching the proceedings, even before they testify. You know this is wrong, but the judge has already ruled that they can stay. Defense witnesses, however, must leave. No matter what you do the judge rules against you. Several times the judge objected for your attorney. He is allowed only to raise his hand if he does, in fact, want to agree with the judge’s objection. He is not allowed to object himself — and the judge allows the prosecution to finish before ruling on the objection. The jury is educated enough to know to dismiss the information on their own if the objection is sustained, the judge claims.

She has also instructed you and your attorney that any witnesses you call are not allowed to speak of their faith, talk of their fear during the incident, show emotion, or anything else that might “pull on the heartstrings of the jury.” To add insult to injury, the media played videos on their newscast of one of your ‘friends’ saying violent things, even though they were working for your attackers at the time. The media never bothered to mention that part in their reporting — which means that you are now forever linked to statements you did not make and did not approve.

When it’s finally time for your attorney to present your defense and call witnesses on your behalf, the judge refuses to let them testify. Calling them “political” or insulting their intelligence and lack of expertise even though they are eye witnesses to what happened; she dismisses almost all of them, leaving you with a gnawing sense of dread.  The judge has denied you the right to call other witnesses as well, saying their testimony is not important to the defense — even though they were the ringleaders of those who attacked you.

Other witnesses who have come forward to testify for you were threatened with arrest; it’s all an ongoing conspiracy, they are told.  We can indict more people at any time.  Many of those who saw the truth are afraid to speak out now for fear that they will find themselves in the chair you currently occupy, shuffling your feet nervously as you watch this horror unfold.  The judge allowed the prosecution over six weeks of testimony; she has told you and your attorney you must present your defense in only five days. The judge says you have only three rights in her courtroom. You can plead guilty, you can testify on your own behalf, and you can appeal your conviction.  You look around but no one stops her; no one stands up to say that this is wrong.

You will lose this battle — not because you are a violent criminal, but because this judge is engaging in everything that the Constitution supposedly protects you from.  You have no voice, and there is nothing you can do.  You have the right to refuse to testify, but the rules of your trial leave you no other defense. The judge will not let anyone defend you, so once again you must rise up and defend yourself. You only hope it’s enough. Taking a deep breath, you pray from the bottom of your soul…and then you raise your right hand.

The story above sounds like something out of a third world country, doesn’t it? Perhaps it’s a dystopian novel, or even a horrible nightmare, right? No — it’s real.

This exact scenario is playing out as we speak, in a federal courtroom in Las Vegas, Nevada.  On Thursday, April 6, Eric Parker took the stand to defend himself and his co-defendants because federal judge Gloria Navarro has violated every right they have in a courtroom.

So what did Eric Parker and his co-defendants do that has the federal government riled up enough to blatantly and defiantly defile the Constitution? They went to a ranch in Nevada and stood against government agents who were shooting a rancher’s cows and stealing whatever they didn’t shoot. For their trouble, some of them were tazed, knocked to the ground, assaulted, and even spent time in the crosshairs of government snipers.  They said no. They defended the man’s ranch. 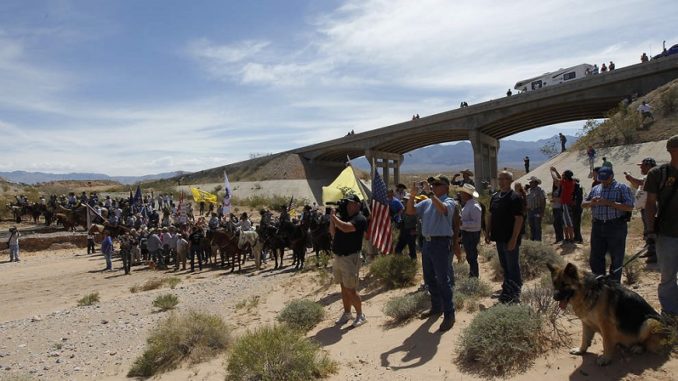 They stood firm. Now they sit in court and endure a trial that mocks the very core of American justice. 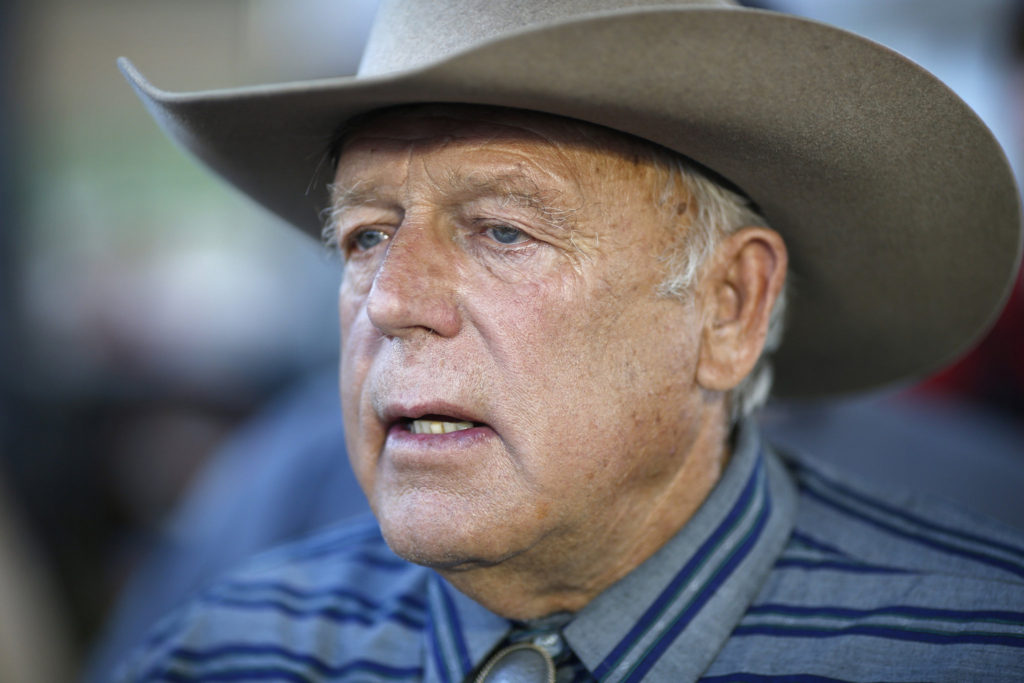 None of that matters, however. None of it. The real story here isn’t about grazing fees, taxes, ranches, or anything else. At this point, the story is that a vengeful federal government — forced to back down from their illegal, unconstitutional and immoral activities — decided to seek vengeance in a courtroom against the people who had the guts to stand and say no.  If that’s not a government out of control, what is?

Pray for Eric Parker and the rest of the defendants in Nevada. Pray for the rest of us too, for yourselves and your families — because if the government can do this in a dusty desert courtroom, they can do it anywhere. Call someone. Leverage whatever influence you have. Demand answers. Demand accountability.  If they get away with this, who’s to stop them when it’s you at the defense table?

If you’d like to know more about Eric Parker, you can read this interview about his time at the Bundy Ranch.

This isn’t surprising at all. I worked in the legal field 20 years ago and quit. Few believe the crap that I saw. This is normal. If the government is against you, you’re f**ked. Hoping for people to step up is hopeless. I spent years trying to wake people up – to make a difference. A waste of time, and a waste of productive years. The pushback against the Antifa crazies gives me hope that the pushback will expand to situations like this.

It is vital that my new religion be completed and launched.

I just got in a donation,  and it was specifically for the NEW religion, not more radio talk or blogs or videos about how the goddamn Jews are f—–g us. 😉

Everything we do is just describing and commenting on how the Jews are f—–g us.

I have to start this religion, especially in view of Trump betraying us and the Seer van Rensburg prophesy about him.

Otherwise, Trump will start WWIII, and 90% of us will die.  He will start a war with Russia.

He foresaw a leader of America who was a “black boy,” and then would come a white man with a stern gaze, fluffy hair and a ducktail hairstyle (pluis kyl kuif) who would attack Russia. 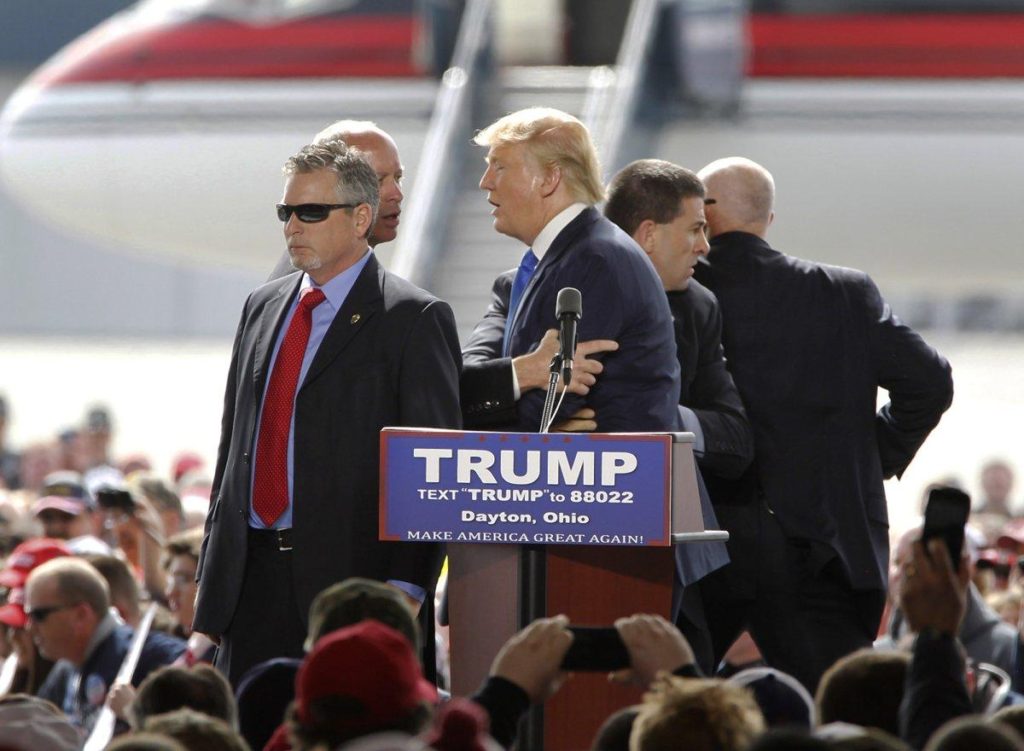 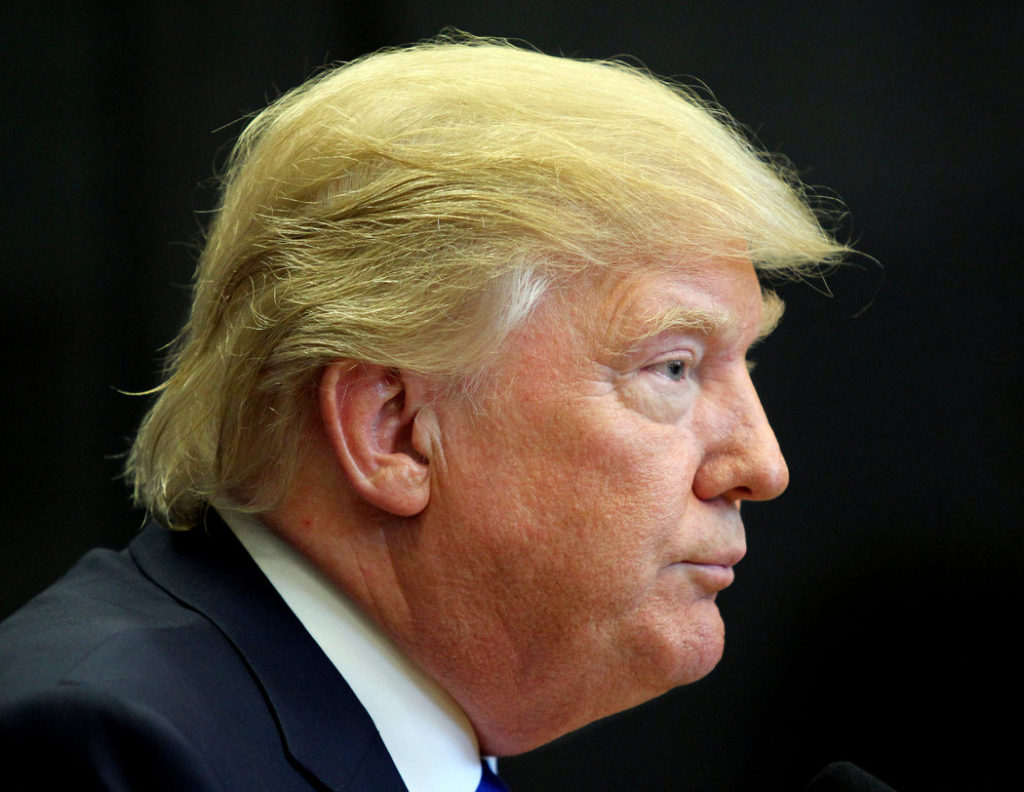 And remember, in 1917, when van Rensburg spoke, America was NOT at war at all with the tsar!!! Russia was our ally, and it was Russia that had saved the US regime in the Civil War, which is another story entirely.

In brief, the Russian tsar felt — correctly — that the Civil War had been instigated secretly by agents of the British Empire in order to break the USA up into pieces and then reabsorb it back into the Empire.

He feared how powerful Britain would then become after resubjugating all of North America.  So the tsar did two things:

1) he sent half the Russian fleet to New York and the other half to San Francisco for a friendly visit and sign of support, should the British Royal Navy intervene;

2)  he threatened Great Britain that if it recognized the Confederacy, Russian troops would cross through Afghanistan and invade and seize British India.

So when  Van Rensburg had this vision of a war between America and Russia, it seemed highly improbable. He also foresaw black leaders of both South Africa and America, which in 1917, especially with the Second Ku Klux Klan rising, was truly unthinkable.

This movie was then a huge hit, and President Wilson watched it several times. 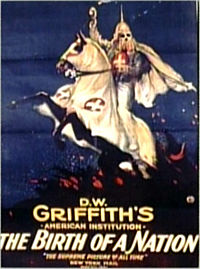 Thousands of Klansmen marched down Pennsylvania Avenue in 1922. Afrikaners laughed at Van Rensburg for predicting that blacks would one day be presidents of the then strictly segregated America and South Africa. 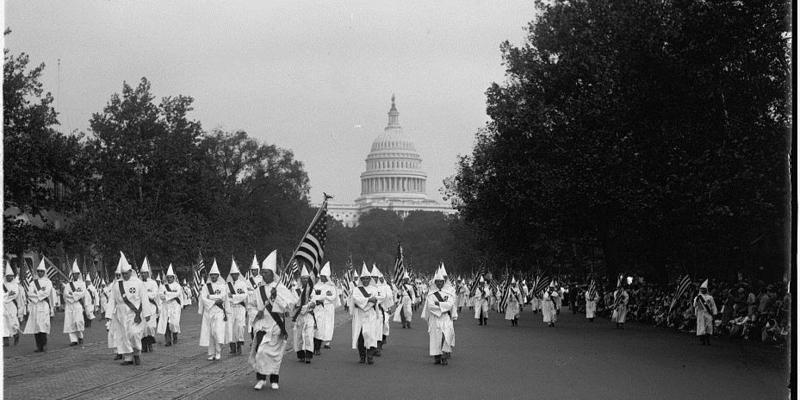 Van Rensburg said that Europe would be devastated, England and other nations completely eradicated and not exist any longer, Russia be almost totally destroyed, and a severely devastated America would survive only “like an inconsequential little country.”

as in the movie “The Road” 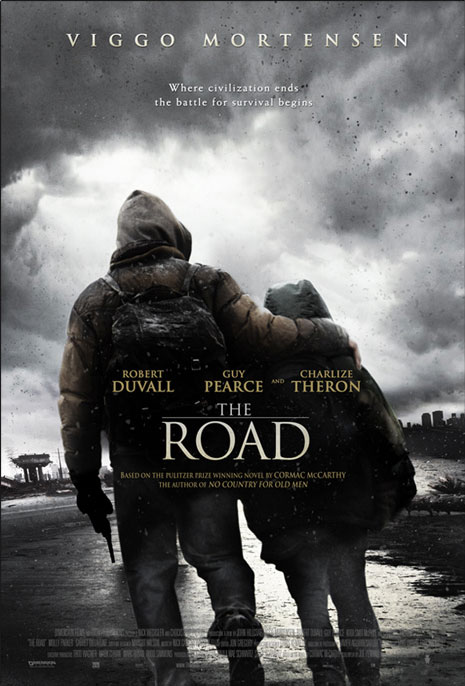 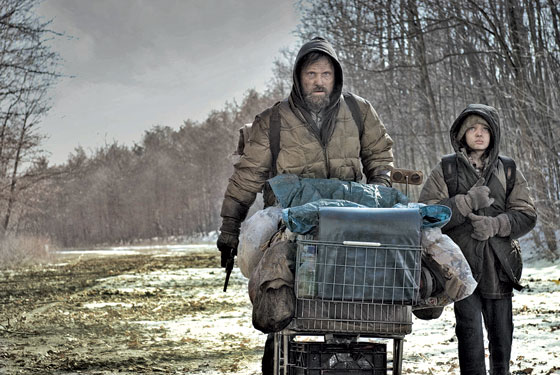 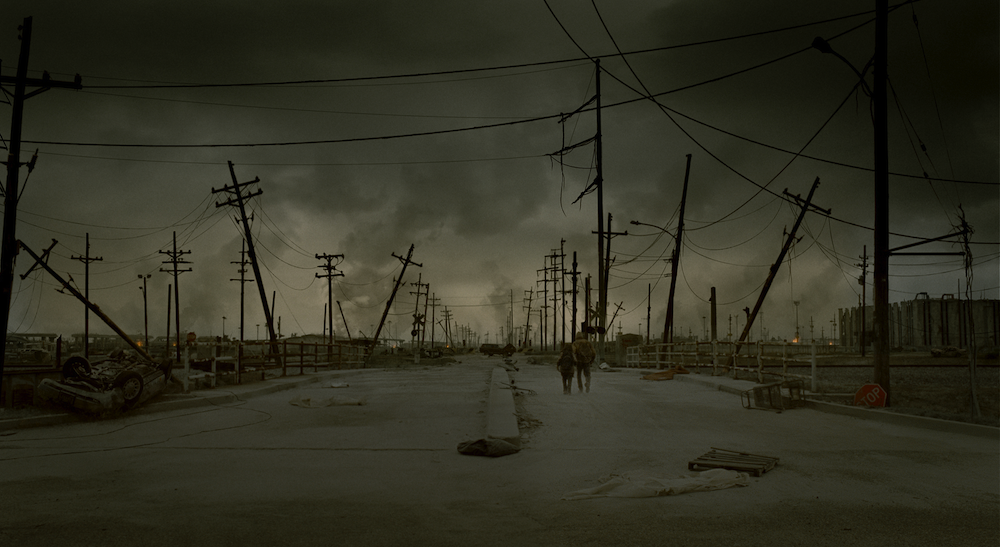 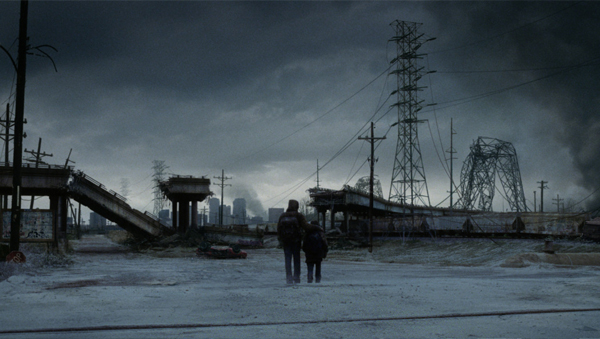 Unless I start this religion, this is what we face.

Tension between Washington and Moscow increases: 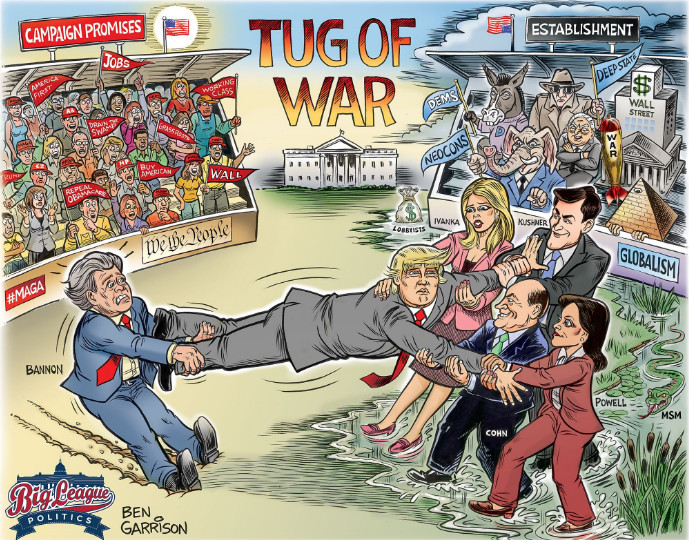 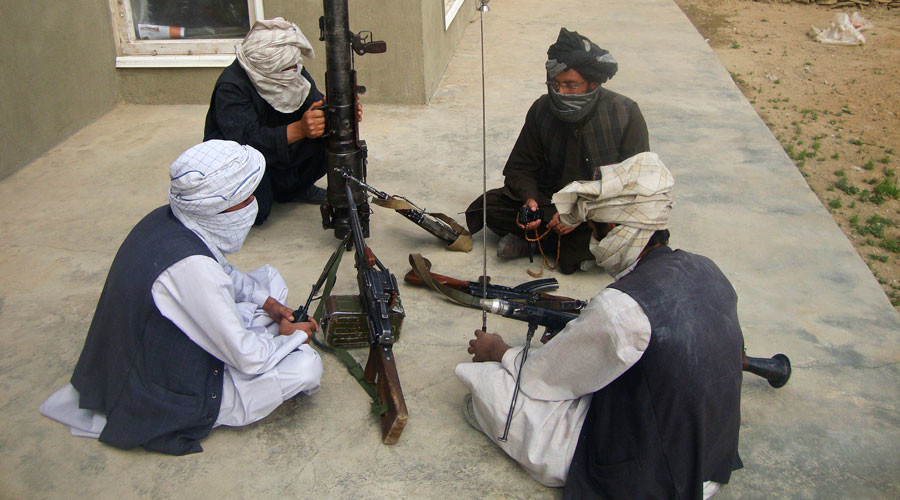 Russian announces it is buying 50 of the new T-50 fighter jets: 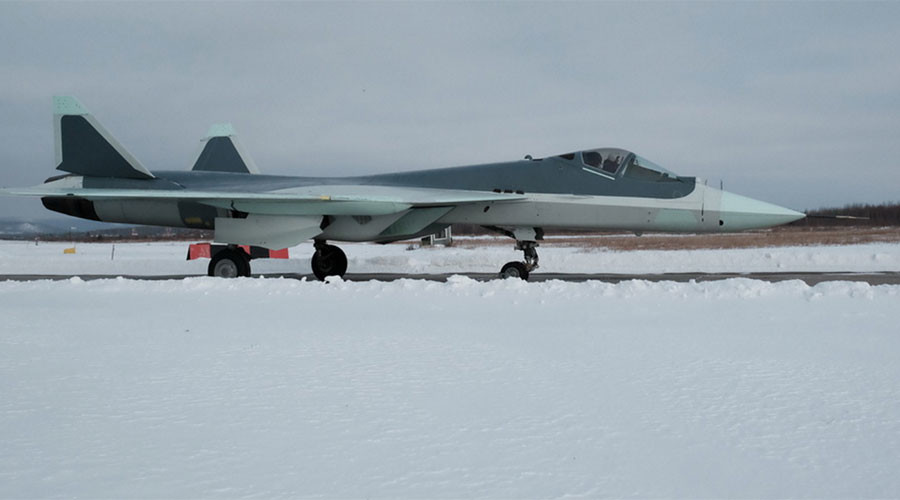 The interview with Simon Roche of www.suidlanders.org will go up soon on Resistanceradio.tv 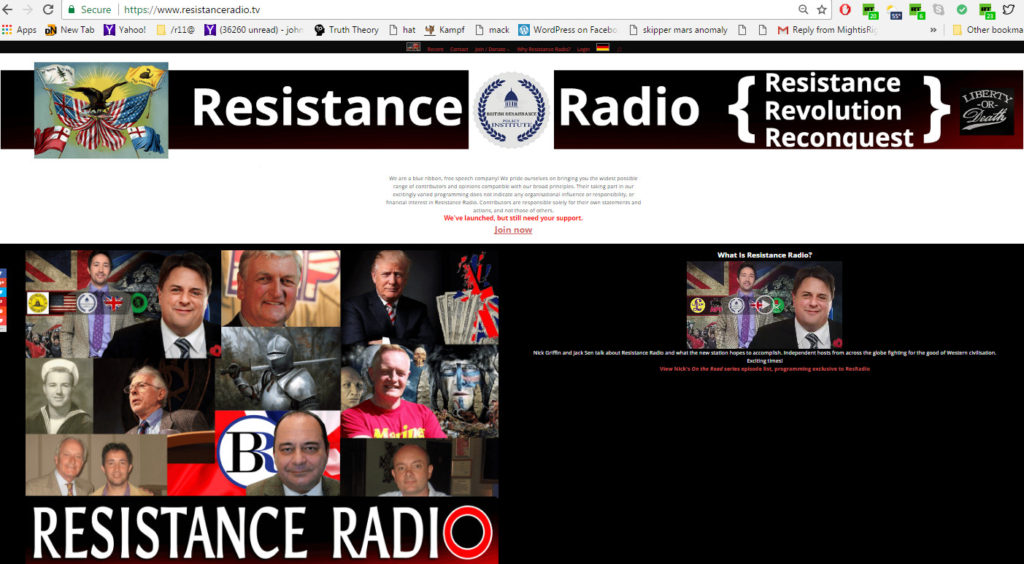 ‹ Canadian PM Justin Trudeau on Muslim prayer in schools: Canadians must move ‘beyond tolerance towards acceptance’ › Neil Barofsky’s excellent “Bailout” book has NO mention of his courageous 2010 testimony to Congress — the Fed bribed the bailed-out banks with high interest rates to lend it the money right back!