Carolyn Yeager is a real piece of work. From harassing people online by posting photos of their children, to terrorising some of the best people in the movement for being more successful than sh is – the crankish, barren, childless hag will stoop as low as she has to to see she’s the top internet Nazi hag.

Why? Like most white nationalists whose sole reason for being is to harm others, Yeager is a shill.  And like the Jews she claims she fights, Kahant-Yeager engages in conspicuously Semitic tactics, like sharing personal photos of activists’ family online, fabricating stories, calling employers and threatening family members etc.

In the final analysis, there is not a dimes bit of difference between Carolyn (Yeager) Kahant and Al Goldstein. 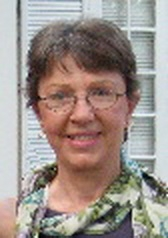 Carolyn (Yeager) Kahant, who plays National Socialist, but whose sole marriage was to the Jew Theodore Kahant in Palm Beach, Florida. Her legal name remains Carolyn Kahant and she continues to make misrepresentations and falsehoods.

Most recently she attacked the concept of disabled military who receive compensation based on physical injuries.

Mrs. Kahant made the following comment on her own gossip blog:

“Martin’s whole family lives on the government dole since he joined ROTC in high school already and got himself injured and disabled as soon as he landed in Somalia for his single tour of duty.”

Interestingly, Mrs. Kahant indicates “Martin got himself injured”, which is false, Martin did not “get himself injured”.  Be that as it may, Mrs. Kahant has a tad bit of hypocrisy to account for regarding this statement as she has praised the leadership qualities of Will Williams who receives disability retirements for mental issues. Mr. Williams verified his mental issues as the basis for his payments himself in an interview with none other than the SPLC. Interestingly, Mrs. Kahant’s praise of Williams seems to conflict with her feminist agenda given that Mr. Williams has a reported history of violence on women as indicated by former female friends of Williams. Williams instability was well documented by the late Creator founder as well.

Mrs. Kahant also praised none other than the government informant Frazier Glenn Miller AKA Frazier Glenn Cross “as an example of a great leader as well.” Miller became Frazier Cross as a result of entering the FBI Witnes protection program after providing testimony against members of The Order, and others including Pastor Bob Miles and Louis Beam.

Mrs. Kahant’s glowing comments and support for informants and men with confirmed psychiatric issues may well indicate a profound psychiatric issue of her own or may reveal her own Jewish Agenda, especially given her inability to function. She was fired by RBN for her erratic and trouble making antics as well as low ratings. She caused dissention and turmoil at Voice of Reason and she could not even sustain her own “White Network”, which was operated by her, a former Jewish race mixer and an active Jewish race mixer who uses the fake name “Tanstaafl”. Mrs. Kahant’s own background is a closely guarded secret. Issues such as her firing from her teaching job and her criminal record and her continued use of her Jew ex-husband’s name have been considered off limits while she pokes and probes anyone and everyone she takes a disliking to based on her dislike of their style or view of historical events. It was none other than former members of Bill White’s Nazi Party that revealed Kahant’s past and because she had once been a member of White Nazi Party and caused the same havoc as she had RBN, VOR and on her White Network. In fact there are some former members of White’s Nazi Party who say they believe Kahant provided information to the FBI. This may be credible as Kahant always went to great lengths to avoid discussing anything relating to Bill White on any of her podcasts. Is Mrs. Kahant the female Hal Turner? She is 75 we may never know.

For years Mrs. Kahant told her audience she is German, yet in reality her family hails from Hungary and she had a brother who was active in a Hungarian Organization which embraced Jews. Hungary, especially prior to World War II and during its time as part of the Hapsburg Empire, was festooned with Jews and Roma. In his departure broadcast from “The White Network, Kahant’s former partner, “Tanstaafl” himself married to a Jew, stated, http://thewhitenetwork-archive.com/2014/04/15/my-mistake/, one of the reasons he was severing his relationship with Kahant was because 1) she did not understand the concept of “White” and 2) she had a consistent pattern of using Jewish sources and Jewish anti-White authors, including Leonard Zeskind, to attack Whites. It should also be added that in several of her broadcasts, Ms. Kahant stated she found the material on the ADL and SPLC web site to be accurate and incorporated that data into her “research’ as well. 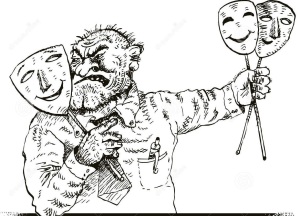 Carolyn (Yeager) Kahant is one of those persons who must be taken in totality and then not be taken serious. She has done some podcasts that have merit, but then she has done others that have praised women that have not had children and even went so far as to praise Amelia Earhart for “having an open marriage”. She feeds on gossip, half-truths, and lies by omission. Her entire inventory of work consists of a pamphlet about a tour she took at Auschwitz and an assorted collection of blog posts which are an amalgamation of cut & paste from wikipedia (she admits to using wikipedia) and the work of  REAL Revisionist Historians.  Kahant’s Podcasts are the rants of a frustrated bitter old lady who in the twilight of her life who is realizing as she sits in her trailer that she has nothing to show for her life except for her self absorbed jealousy, envy, and self-loathing which she takes out on others.  As a result, Mrs. Kahant carves out a small group of intellectually dishonest cohorts and groupies by telling them what they want to hear which is mostly intellectually dishonest twaddle and emotionally charged over simplifications. In short Mrs. Kahant, like all Jews feeds on and appeals to the lowest common denominator. In the final analysis, there is not a dimes bit of difference between Carolyn (Yeager) Kahant and Al Goldstein.

Regarding wounded Veterans “being on the dole”, I wonder if Mrs Kahant accepts monthly Social Security payments?  Most certainly she is on “the dole”, given her White Trailer-Trash lifestyle.