Don’t worry — the politicians who start WWIII will survive it

The Government’s Plan To Survive Nuclear War Doesn’t Include You: “There Won’t Be Enough Bulldozers To Scrape The Bodies Off The Street”

ALL PHOTOS ADDED BY ME, JOHN DE NUGENT
SHTFplan.com

Once again this week, the United States teetered a little closer towards war with the Russians. On Sunday, the US military shot down a Syrian jet that was allegedly targeting US backed forces. The Russians have since claimed that the aircraft was engaging ISIS, and have revealed that their air defense systems will now track any of our aircraft that happen to fly over Western Syria. They also suspended a hotline between the US and Russia that was in place to prevent mid-air collisions over the crowded skies of Syria. 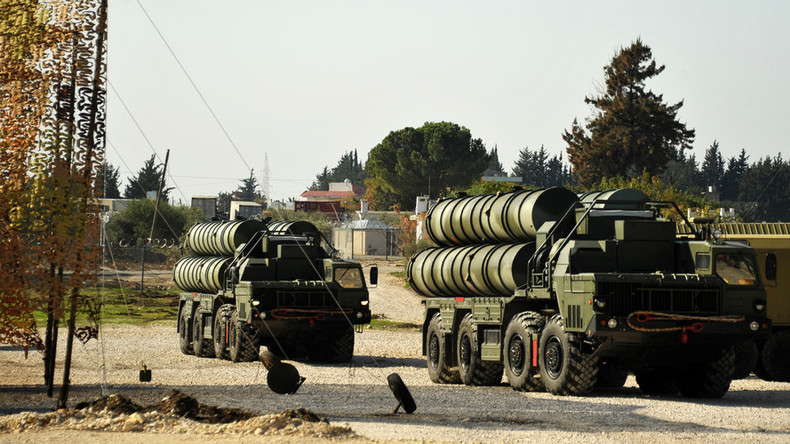 Amid incidents like this, you have to wonder what our government is thinking. For most Americans, Syria must seem inconsequential. Why is our military involved in a country, where we are brushing shoulders with a nuclear armed nation? If it’s to fight ISIS, then we could easily sit back and let Russian and Syrian forces wipe them out. If it’s to affect regime change, then clearly our government hasn’t learned anything from Iraq or Afghanistan. Why are we risking a war with the Russians just to influence the outcome of a regional civil war that has little bearing on the daily lives of most Americans?

The answer to that question could probably fill a novel, but there is one reason that the elites in Washington will never admit to. They can afford to make careless decisions because they are insulated from the results. If there is a war with Russia, which could easily turn into a nuclear war, they’ll have plenty of spacious bunkers to hide out in while the rest of America burns. And that’s been our government’s plan in regards to nuclear war since the beginning of the Cold War.

That’s the main takeaway from a new book called Raven Rock: The Story of the US Government’s Plan to Save Itself. Our government has spent decades building sprawling bunkers, like Raven Rock, that high ranking officials can flee to in the event of a nuclear war. 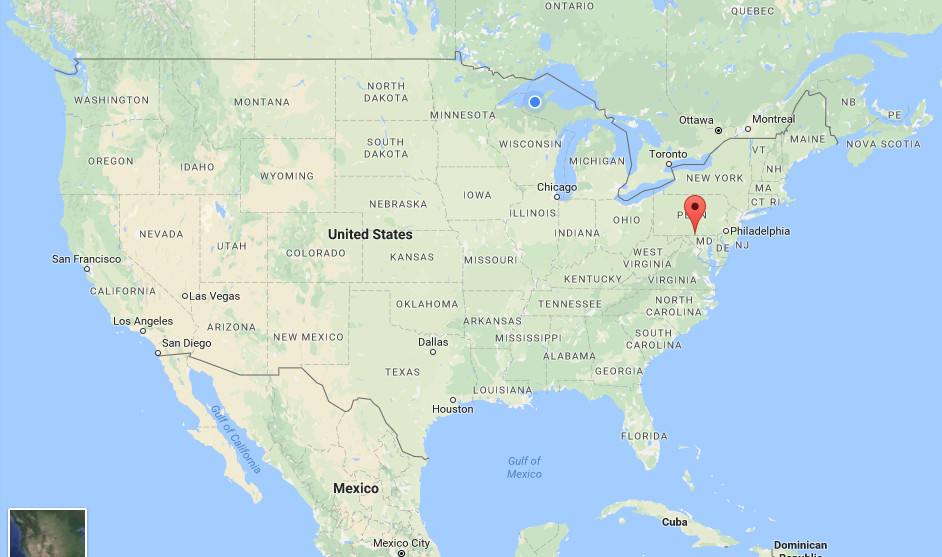 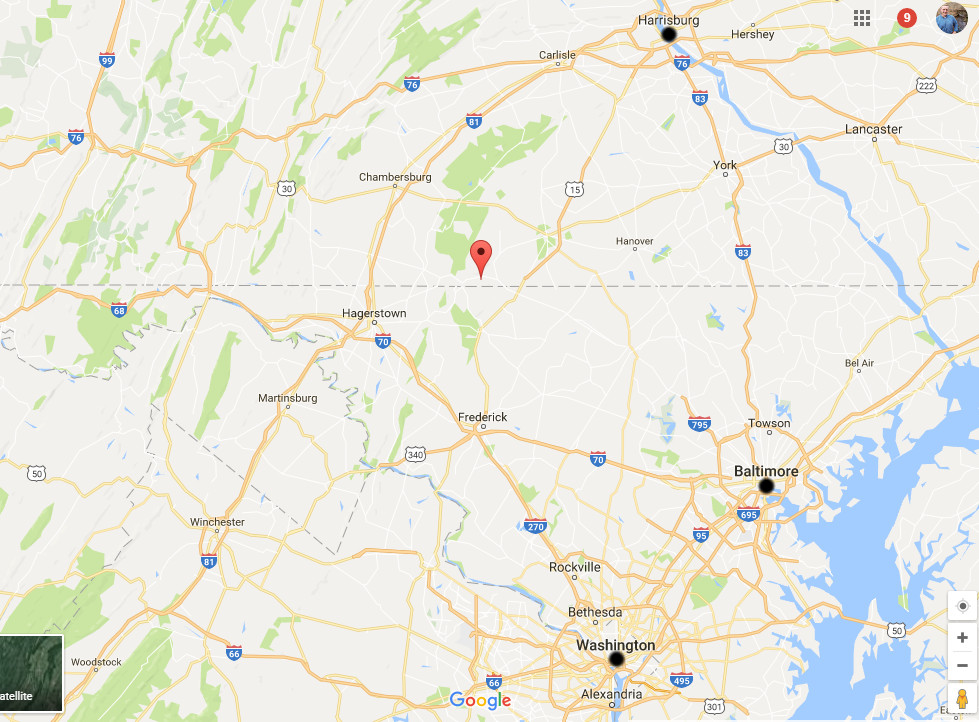 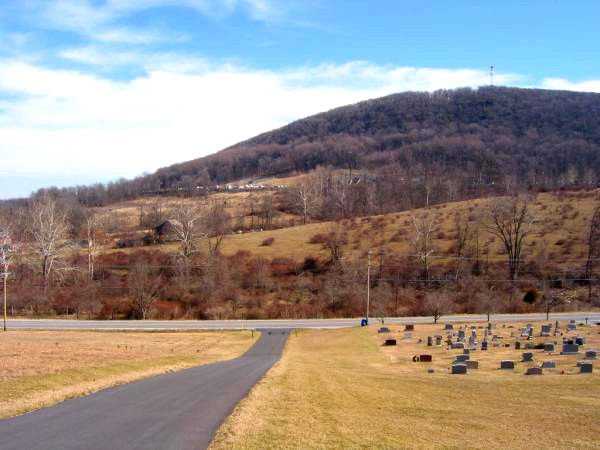 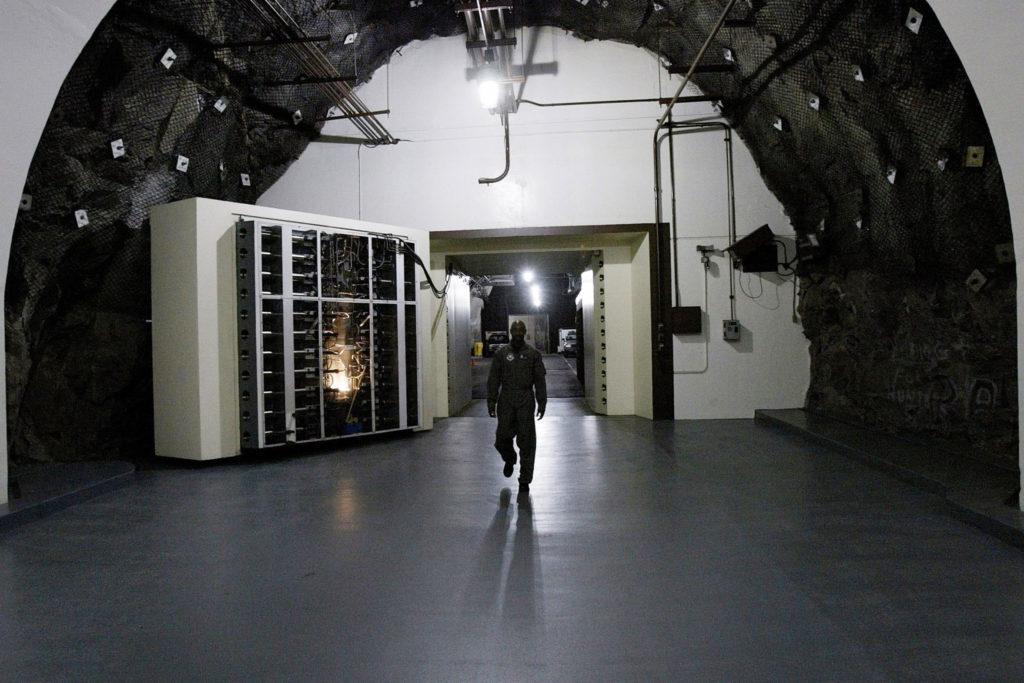 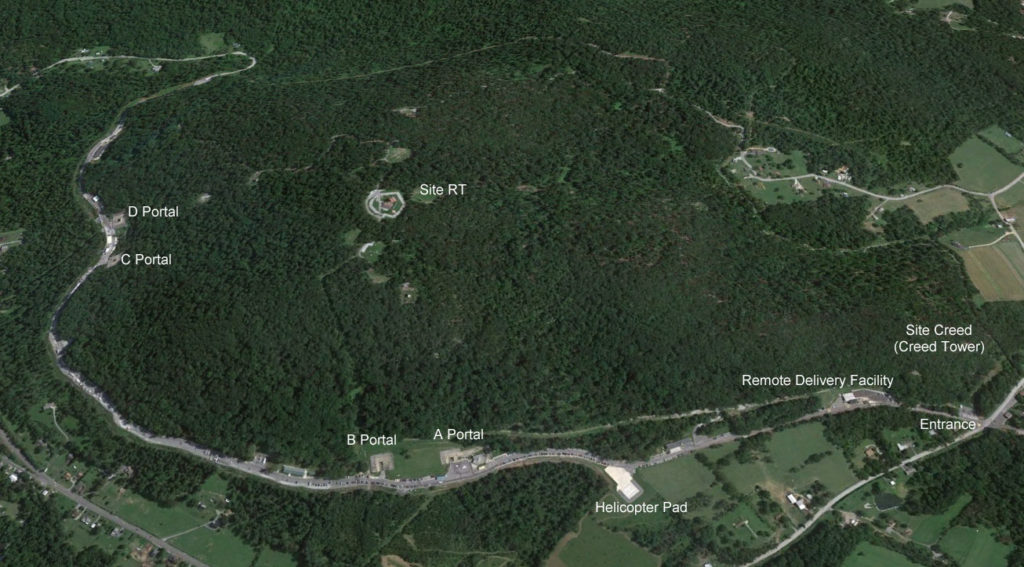 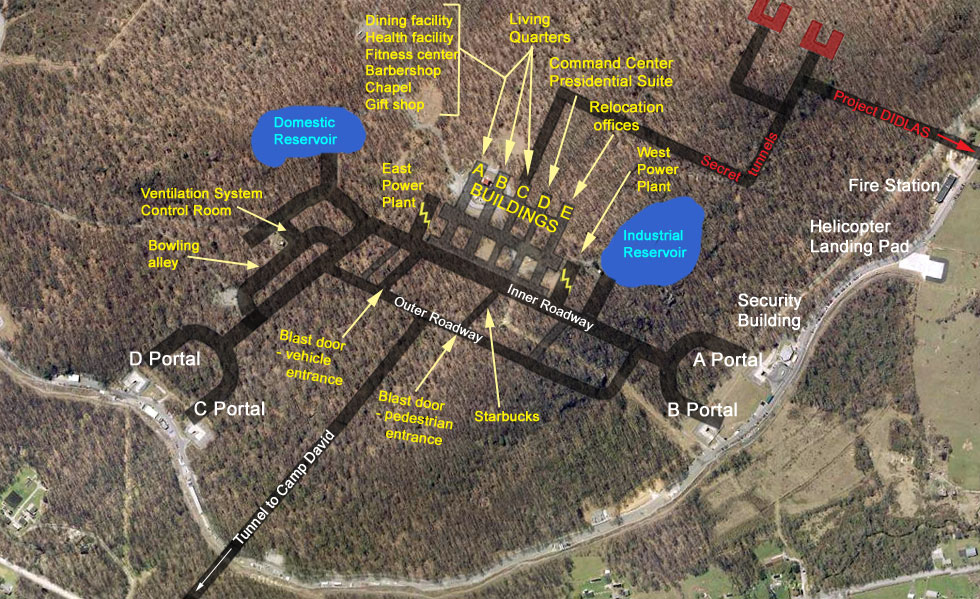 This analysis of a US-Russian war agrees with the Van Rensburg prophesy: Russia would be almost totally destroyed, but the US would become a minor country for decades, focused only on survival and rebuilding.  .https://www.youtube.com/watch?v=GeLrKDAn1x8

The idea for Raven Rock was to have a military base that would function as an alternative to the Pentagon and would be dug out of a mountain and deep enough to survive any Russian attack.

A site was chosen six miles from Camp David, the Presidential retreat in Maryland, and work began in 1951 on the $17 million project

Some 300 men worked round the clock in three shifts to carve a 3,100ft tunnel out of the granite; engineers invented technology as they went along including blast doors and blast valves.

Inside the facility there was 100,000sq/ft of office space in five parallel caverns big enough to hold a three story building in each.

The entire facility could fit 1,400 people and was placed on giant springs to reduce the impact of a blast.

Meanwhile, as they were building these bunkers and trying to convince Americans that nuclear war could be easily survivable, behind the scenes they knew it would be a bloodbath for civilians.

At the end of the 1950s, the FCDA created ‘Battleground USA’, a grim 120-page report on how cities should manage civil defense operations in the event of an attack.

It said that the area should be divided into ‘mortuary zones’ with ‘collection teams’ in charge of identifying bodies.

Post Office mail trucks would ferry the wounded to one of 900 improvised hospitals set up near attack sites in places like federal prisons.

In Kansas officials planned to confiscate household vitamins for use by the general population.

Planners estimated they could assemble two million pounds of food after an attack from their own reserves and from stores.

It was disturbing reading and a view of the world that summed up by Eisenhower in one meeting: ‘The destruction might be such that we might ultimately have to go back to bows and arrows’

During another meeting Eisenhower admitted that nation didn’t have ‘enough bulldozers to scrape the bodies off the street’ in the event of a nuclear strike’.

And as we all know, our government didn’t take many measures to protect civilians from the potential carnage that would be inflicted by a nuclear war. They didn’t build many bunkers for the rest of us.

At first glance that may sound like an impossible task, but it’s not. Take Switzerland for instance. Despite not having any nuclear weapons, they’ve built enough fallout shelters to house every Swiss citizen. You might say that we could never afford that many shelters, but it’s not a question of cost. Switzerland’s GDP per capita is similar to America’s.

The truth of the matter, is that our leaders don’t give a damn about what happens to American civilians. As long as they have their bunkers, they feel safe while antagonizing nuclear armed nations like Russia. They know that if there’s a war, they’ll survive while the rest of us burn and starve.

Make no mistake, if there’s ever a war with Russia, you’ll be on your own. Whether or not you survive depends entirely on your willingness and ability to prepare now.

……It is essential that the march to nuclear war be stopped, otherwise only the guilty will survive.

‹ How WWIII would affect us — nuclear power plant meltdowns › Ironic fate of feminists — the harem (1.2 million views of this startling Black Pigeon video); Rabbi says Islam is God’s broom to sweep away Edom (the Christians)