Jeanice Barcelo  is an outspoken leader in the movement to expose the violence of hospital birth and to get birth out of the hospitals and back into the home. Through her radio and television shows, and in her book series, she speaks out about the horrors of technologically-managed pregnancy and childbirth, as well as the evils of mind-control, satanism, pedophilia, child abuse, pornography, abortion, vaccines, and more.

Jeanice has spent the last 15 years uncovering the long-term and inter-generational impact of primal trauma on the human body/mind/spirit system.

She views the ever-escalating amounts of violence being inflicted on babies and pregnant mothers as systematic, methodical, purposeful evil.

Jeanice has lectured extensively on this topic and has created an important curriculum designed to help end the lineage of abuse, violence, and trauma and restore humanity’s capacity to love. Jeanice’s work is dedicated to creating a mass awakening on planet Earth and to the elimination of evil worldwide. In addition to her radio and television shows, she offers educational classes, webinars, and teacher trainings, as well as programs designed especially for men. To learn more about Jeanice and her work, please visit her

blog, which delves directly into the Jewish Question, btw, 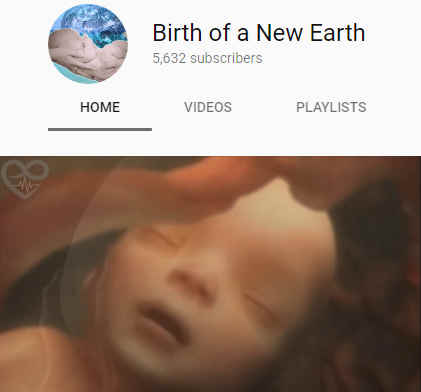 I regret not delving deeply before now into Jeanice’s work…. I thought that, while it all was true and important, it was mostly sort-of womanly topics: childbirth, prenatal, etc, and thus not so relevant to men. 😉

But even we second-generation Marines, even great political leaders and heroes, were once little babies too! 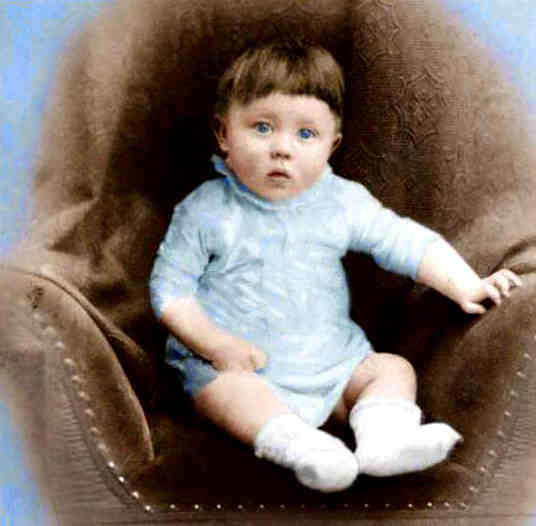 And so were copper or coal miners, steel mill workers, cops, truck drivers, carpenters, roofers, hunters and fishermen. We all came into this scary, cold world as helpless, blinking little babies who need love, protection and acceptance — just like any girl baby does — to grow up normal and be happy and productive.

In our show we discuss

1. BIRTH TRAUMA AND THE DARK SIDE OF MODERN MEDICINE

2. CIRCUMCISION (and see below)

3. HUMAN SEXUALITY, PORNOGRAPHY AND THE ATTACK ON HUMAN LOVE

4. THE DARK SIDE OF PRENATAL ULTRASOUND

Russell Crowe, the Gladiator star, has sparked outrage after describing circumcision as barbaric in an angry four-letter outburst on the social networking site Twitter.

http://www.telegraph.co.uk/technology/twitter/8567981/Russell-Crowe-calls-Jewish-circumcision-barbaric-and-compares-it-to-human-sacrifice-in-bizarre-Twitter-row.html
Russell Crowe has engaged in an angry row on Twitter over circumcision. Photo: AFP/GETTY

The Oscar-winning actor laballed the practice “barbaric and stupid” during a row with his Twitter followers, telling them to “f— off” if they disagreed with him.

The 47-year-old engaged in an angry exchange with one follower, whom he branded a “moron”, before imploring Jewish people to “stop cutting your babies”.

The debate followed a question by one of his fans called @picknic11 who asked him: “My son is due soon. Do you think I should get him circumstanced? [sic]”

Crowe, who hit the headlines in 2005 when he was charged with second-degree assault in New York after throwing a telephone at a hotel employee, tweeted:

“Circumcision is barbaric and stupid. Who are you to correct nature? Is it real that GOD requires a donation of foreskin? Babies are perfect.”

“I will always stand for the perfection of babies, I will always believe in God, not man’s interpretation of what God requires.

“Last of it, if u feel it is yr right 2 cut things off yr babies please unfollow and f— off, I’ll take attentive parenting over barbarism.”

The outburst provoked dozens of responses from his followers. One said: “There’s actually a scientific reason for [circumcision], u should google it.”

Crowe replied: “My friend, “human” science has caused too much damage, don’t be a moron.”

Another follower told him: “I disagree on Circumcision , It’s more hygienic and nobody remembers it”, to which Crowe replied “Hygienic? Why don’t you sew up your a– then?” The follower then seemingly offered to fight Crowe if he was ever in Newfoundland.