Ireland Celebrates Africa Day (kid you not) – Polish Day to be held in a few months time as Polish surpasses Welsh as Britain’s Second Language!!

In the decade following Tony Blair’s decision to open Britain’s borders to Eastern Europe, the Polish population has swelled to 688,000 – equivalent to a city bigger than Liverpool.”

Polish is in fact now more frequently spoken in private homes than Welsh.

Not only is Welsh no longer Britain’s second language, and my high street all but decimated by Baltic and Halal food holes, Ireland too is celebrating its demise.

The Irish just celebrated Africa Day, with the planned Poland Heritage Day is but a few short weeks away….

My grandmother’s beloved Ireland has become so much of a multicultural hell hole the brainwashed – or should I say brain dead locals have decided to embrace their own demise!

Last week the proudly Catholic Irish voted YES on a referendum to support gay marriage and adoption. To top things off, this week the cheery folk decided to celebrate Africa Day!

writes, “Africa Day celebrations are a great opportunity for Irish and African communities to celebrate African cultures and traditions and to reflect upon our maturing relationship, which is increasingly focused on politics, democracy and trade.

African dancing, music, history, culture were celebrated from Cork to Dublin, from the peak of Corrán Tuathail to Galway Bay, in a spectacle that would make Barbara Spectre proud.

And from what we’ve been told hundreds of children will be born out of wedlock in late February of next year. (have a sense of humour! I don’t know who this joke will anger more-the Left or Right?)

Africa Day’s website also writes that, “Ireland once more celebrated its valuable links with the continent of Africa through the annual Africa Day celebrations on 25 May. Minister for Trade and Development, Joe Costello TD, and Ambassador Anas Khales of the Kingdom of Morocco, welcomed thousands of people to a family fun day in Farmleigh Estate in Dublin’s Phoenix Park.”

Apparently they couldn’t pry the Sub-Saharan African tribal kings away from the all you can eat and drink buffet long enough, or get clothes on them, to take a photo. Moroccan Ambassador Anas Khales >>> And it shouldn’t surprise anyone that the spectacle was sponsored by an aid organisation. The only Irish benefiting from relations with Africa run the charities milking us,  while exploiting Africa’s poorest. Instead of feeding people, they’re now putting on festivals apparently.

And before folks accuse me of being ‘raysist’ I was very supportive of there being a Phil Lynnott statue in Dublin.

This is not about race as I myself have an Indian somewhere in the genetic woodpile-it is about preserving the indigenous traditions of the country….

Just to prove I am not the ‘Nazi’ I am portrayed as in the press, here are my thoughts on Ireland’s plans on celebrating Poland’s contribution to the Emerald Isle as well.

The Irish Polish Society (IPS), who plan on hosting the event, writes, “In Ireland our activities include musical evenings, poetry and literature readings, Polish film shows, talks by local and visiting high profile lecturers and social meetings. We provide advice to Poles in Ireland and host lectures on integration issues. We also celebrate the main cultural and religious festivals.”

They continue, “In 2004 the greatest shift in the relation between Ireland and Poland came with the opening of the Irish labour market to Polish workers. Since then IPS have been focused on how we should respond to the new situation. We wish to increase our social and cultural activities to promote integration  of the new Poles through events and information.”

No wonder their official logo has an Eagle (Polish national symbol) dominating its design.

The Irish Polish Society also proudly boasts on their website that, “The IPS is the only Polish organization in Ireland with full EUWP membership (Europejska Unia Wspolnot Polonijnych – Union of Polish  Communities in Europe).”

And it’s not as though it will be the island’s first Polska flavoured festival.

“To champion the diversity that Polish people bring to Ireland, PolskaÉire 2015 was established as a nationwide festival to coincide with the UEFA Republic of Ireland vs. Poland qualifier played in Dublin on 29 March.” We are glad we will now have a day to rejoice in the summer as well. 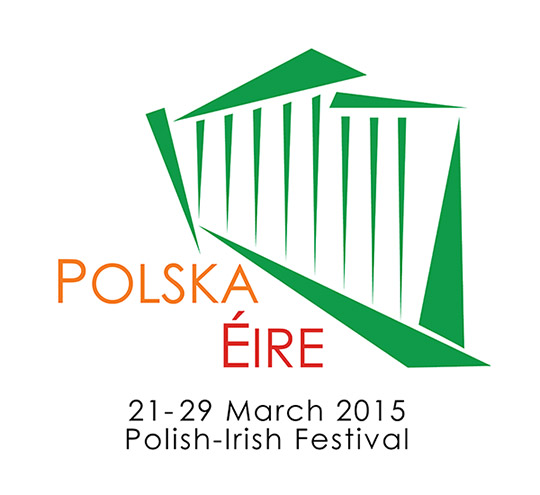 Where’s my pint of Guinness and black currant when I need it!

And before the sort of Yanks that visit this site start thinking, why are you bashing the Polish?

Again this has nothing to do with race for me-it is about preserving indigenous culture.

Unlike African migrants who make up only a 0.3% of Ireland’s population, Poles and other EU migrants now make up a staggering 10% of the tiny island’s inhabitants. In fact, as Polish has become Ireland’s third most spoken language, the government is required to print forms in Polish-at an enormous expense, and the locals are fed up.

The EKP recently reported that Irish and English factory managers have been fired due to the fact they were unable to learn Polish and communicate with labourers.

Things have gotten so bad, there’s been a spate of violent attacks on Polish migrants. Tragically some less than hospitable individuals-obviously dissatisfied with the direction the Emerald Isle is headed, have resorted to violence to show their displeasure with the current state of affairs.

The EKP’s Pavel Oliwa- a Polish nationalist living in Poland (imagine a Pole actually staying in Poland?), believes that people are reacting with venom due to the fact they are losing their homelands and blames self described hard headed unassimilable Poles for the problem.

“Look I am Polish and would never condone violence against my people, but Poles living in Britain and Ireland need to return home and quit behaving like barbarians. What right do they think they have to live in the West, wave our flag and wear our colours? I can’t imagine a Brit being so bold in Poland. They are not nationalists as nationalists live in their homelands. It is the same thing one sees with uppity blacks and Muslims that use Leftist rule and political correctness to impose their will upon us.”

An irate Pavel told us this past week. “I want all Poles living in Britain to stop serving our Communist EU masters and get their asses back to Poland. This is a grave injustice against Western Europe as well as Poland. No wonder people from Ireland are losing their patience.”

The Belfast Telegraph’s Claire Williamson says anti-immigrant animosity has reached an all time high in Belfast and across Northern Ireland. It has gotten so bad that migrants from Africa, the MiddleEast and now Eastern Europe have applied to the European Human rights commission for protection.

“It seems both Catholic and Protestant Northern Irish have joined forces to fight immigrants in the streets.” She told us this past week. “One Polish family I visited refuses to leave their home because of the hatred they’ve experienced.

You can just google Belfast and hate crime to see how many people are being victimised. It angers me that our government has done nothing to protect the immigrant populations. We have let the Poles down.”

In fact three young Polish nationals were savagely attacked by a 15-strong gang after being asked for a cigarette, in Belfast this past April.

The victims were beaten with golf clubs during the terrifying incident, which took place while they were playing football.”

One of the victims lost two teeth while the others suffered cuts and bruises. The entire time they were “being struck they were being told to get the fuck back to Poland”, apparently.

When will people wake up to the fact that mass immigration, regardless of race or ethnicity does NOT work?

End mass immigration before even more blood fills our streets.

People are simply fed up and want solutions, but our Marxist politicians want votes, and the Right, cheap labour.

Some humour and handy Irish sayings we found on the Irish Savant’s site. Sláinte!

“It’s May 25, and today Ireland celebrates Africa Day. And why not celebrate all those industrious, independent, quietly-spoken and law-abiding scientists, doctors and technologists who have enriched the stagnant Irish gene pool?  Meanwhile neighbours celebrate their quiet and generous nature, dogged commitment to education and self-improvement, their can-do attitude, subtle parenting skills and the way their arrival immediately drives up property values.”

“Pardon me, but would you please keep your voices down. I cannot follow the movie plot”
“Loch don, ba mhaith leat a choimead do guthanna sios. Ni feider liom a leanuint ar an plota scannan’

Yes, I see a rosy future as we all celebrate the diversity which has been such a success everywhere it’s been tried.