Irish told their ancestors were Africans, so let in their negro brothers

An Irish comrade wrote me on the question of northern and southern Ireland ever uniting::

I doubt the situation over the past 50 years or so in Northern Ireland has had anything whatsoever to do with religion. It is all about wanting to be either “Irish” ( republican ) or “British” ( loyalist ). There is absolutely no indication that those of a “loyalist” persuasion have any interest in leaving Britain.

Ireland is about the same size as England but due to endless wars, a cruel occupation for centuries, and unspeakable poverty and famines, Ireland has only 1/15th England’s population. Intuitively I would say that the politicos ( other than marxist Sinn Fein ) in the South have very little interest in seeing a “united” Ireland either as it would mean huge extra expenditure on social
services etc.
With their seeming insatiable appetite for importing negroes and South Asians (along with the huge increase in public spending that this involves) the politicos here would sooner spend money
flooding the south with turd world savages.
Irish high school kids — told they descend from negroes The lefties  here are now actually pushing the idea that the first Celts were in reality negros! This is as crazy as saying the negros built the pyramids but the loony lefties lap it up as it gives them one
more reason to justify their negro worship insanity.  We have a huge task to turn this around before it is too late.

Well, hunh… So the Celts were black….

I imagine they are claiming they were from North Africa….

Well, that is true but during the Ice Age, Northern Africa was full of white refugees from the glaciers.

The ice and cold pushed northern European whites into southern Europe and northern Africa., which were much cooler and rainier than now.  The ancient Irish are not FROM Africa, but spent time there escaping the glaciers before RETURNING to northern Europe as the ice melted. All of what is now Canada and the northern third of the US was also under the ice. South of there, it was ten degrees cooler than it is now. Arizona was not arid but green, cool and rainy. This is a magnificent little book by Gordon Kennedy about the Canary Island blonds off the African coast (scroll down one-third here) http://johndenugent.com/english/english-grand-rabbi-on-selfish-dinks-white-indians-of-nivaria) 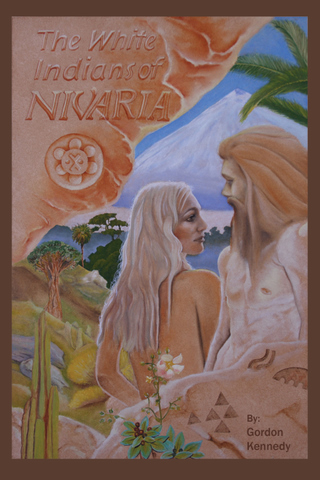 Recently I discovered that this marvelous little glossy, full-color book by Gordon Kennedy can be ordered here: http://whiteindians.com.

It is about the Guanches, a noble, courageous, handsome, virtuous, innovative, blond, blue-eyed people who survived until the 1400s intact — but still living in the Stone Age.

(Why stone? There was literally ONLY stone on the islands, which are made entirely of volcano magma that had cooled. There was therefore literally NO metal AT ALL on those islands to mine, find or work, so it was quite impossible to enter the Bronze or Iron Ages, or create metal weapons, shields and body armor so as to defeat the invading Spanish. Also, they were isolated out in the ocean with no external enemies. This is the only reason they did not advance in the art of warfare.)

Tenerife and Mount Teide. A powerful ocean current, the Canary Current, sweeps boats straight over to the Caribbean. In the 1700s, somehow, a sailing ship got blown out of the harbor, minus its embarrassed crew, and ended up safe and sound in Venezuela. “Nivaria” is Latin for “snowy land,” due to Mount Teide. “Nevada” (as in the western American state) is Spanish for “snowy land” due to its snow-capped high mountains. 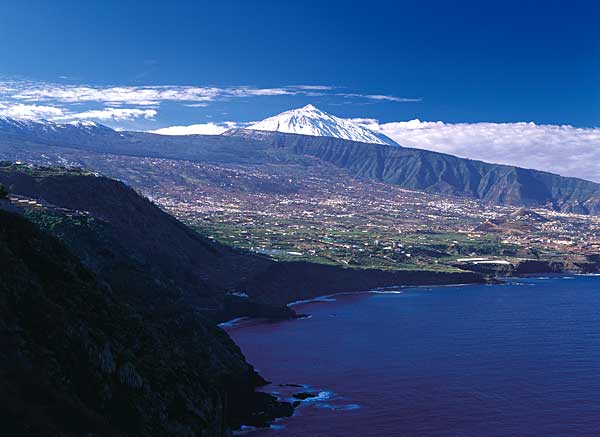 About 10% of the Berbers in Morocco and Algeria to this day look like this: In fact, a woman in her forties, a Berber now in Tunesia, “came on” to me bigtime on Facebook and she looked like this girl, but grown up.  The Berbers loathe the Arabs, and feel they are white, but that they were conquered, forced into Islam and racially mixed.

So basically northern Africa and Spain were once teeming with real white people. and so the lefties claim the Irish are Africans.

Suppose we enact a law that every statement out of a reporter’s or politician’s mouth must be under oath, and they shall be jailed for perjury or executed if they lie?

Then you have to really arrest, try and jail or hang a few dozen, and everything would change.

Making a blog of this.

‹ Writing “ALL Lives Matter” gets U. Houston student body VP suspended and sent to “diversity workshop” › Jewnited Kingdom Health Service cuts back treatments for kids so queers get $5,000 pill to continue unprotected sex