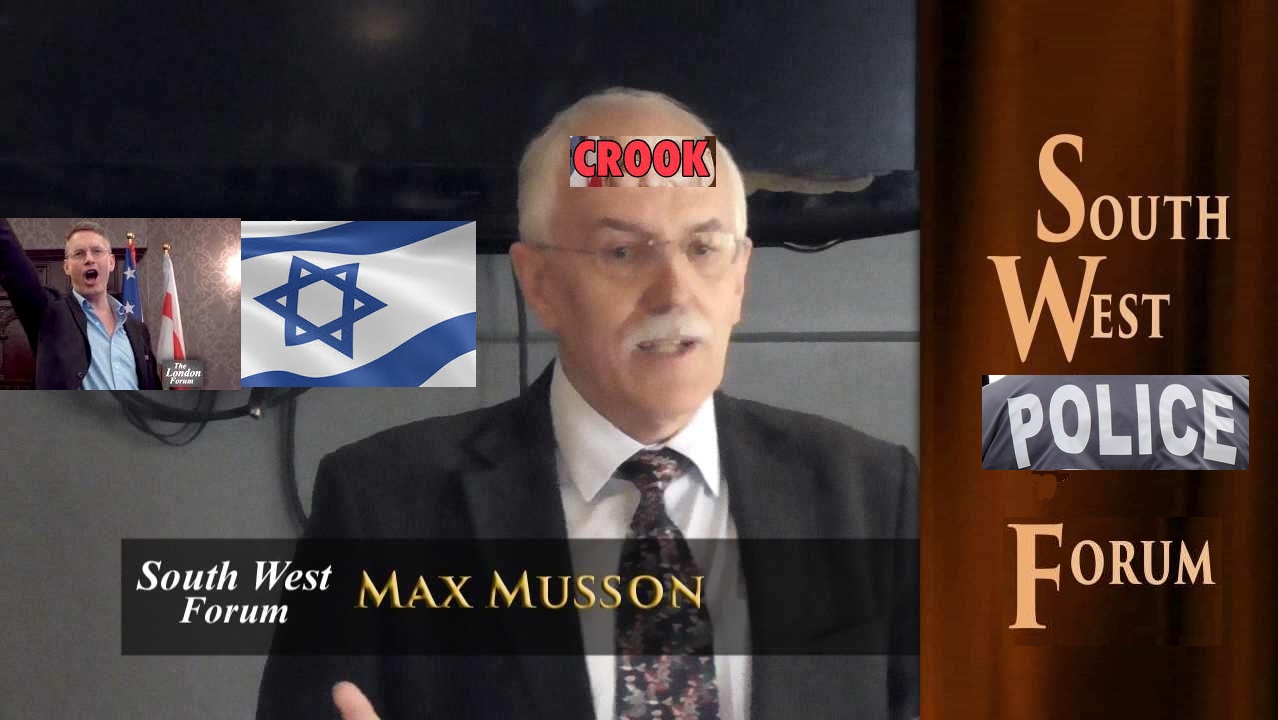 Is the state-controlled Far Right being used to harm Brexit?

When state agents, masquerading as Neo Nazis – men like Jez Turner, Larry Nunn (aka Max Musson), Julie lake and Mark Collett – turn up at pro Brexit events, they do so, not to support our leaving the EU, but in order to harm our efforts.

They know that by presenting Brexit as an extremist position, while holding Brexit leaflets and placards, they will bring our message into disrepute, and harm our chances of seeing Brexit materialise.

The State in fact uses controlled Right Wing extremists groups it funds (like National Action, Western Spring, The National Front etc) , as it does Antifascist scum and Hope Not Hate, to harm genuine nationalist groups. These groups in fact work with one another, in spite of their seemingly opposing views.

It is also why their actions – not the actions of genuine patriots – are covered by the mainstream press.

The Mail on Sunday wrote an entire story on the extremists who’d hijacked Brexit a few months back. They claimed they’d uncovered evidence that former members of the English Defence League, the National Front and other state funded operatives and their crank supporters conveniently attached themselves to the ‘Leave’ movements. Failing to mention of course, the fact that these activists are in fact ALL funded by the Secret State.

From the Daily Mail story and other research.

Those who have hijacked the Brexit campaigns include:

Does anyone with their head screwed on straight actually believe that this woman’s involvement with our cause assists our efforts to get Brexit through?

“After Vote Leave was made aware of this woman’s far-Right links, it asked her and her boyfriend Mark Collett to stop campaigning – a plea that was ignored.

Last night, speaking at his Leeds flat conspicuously emblazoned with Vote Leave posters, Collett said: ‘Leaving the EU has always been central to my political beliefs. It is absolutely natural that I should campaign to leave.’

He added that Tory members of Vote Leave had no right to ban him from their campaign. He also defended the BNP, saying it had 50 councillors and two MEPs. ‘I will continue with my Brexit campaign. It is something I have always been very passionate about,’ he added.

Ms Van Housen, 22, said: ‘We are not ashamed of our beliefs – we are proud of them and completely stand by them.

‘We will continue handing out leaflets and we have got a lot left.’

In spite of the fact that her involvement is harming Brexit.

That was the plan after all..

Edmonds, 73, was exposed by The Mail on Sunday last year for attending a pro-Nazi meeting in London during which Holocaust deniers sniggered at the mention of ‘ashes rising from the death camps’ crematoria’. He, like Jez Turner, is another state agent and spy.

He was jailed for in 1994 for his part in a savage attack on a black man and his white girlfriend outside a pub in East London. A court heard that Edmonds and a group of other BNP thugs spat at the couple and shouted ‘n***** lover’ and ‘monkey’ at them, before Edmonds threw a beer glass and his accomplices ‘glassed’ the man’s face, punched and kicked him.

Last year, Mr Edmonds said he was campaigning for Brexit as ‘it was absolutely vital people vote to leave’. He maintained he was innocent of the racist attack for which he was convicted.” -end Mail story-

And their antics don’t start and end with Brexit. When people like Max Musson and Jez Turner aren’t harming Britain, they spend their time attacking people like us – patriots trying to expose their treachery.

Western Spring’s Larry Nunn, aka max Musson, have also leaked the contents of my emails to leftist Hate group, Hope Not Hate. Only I (Carl), Western Spring’s Max Musson, Mark Collett and Jez Turner, who we have no doubts is a cop, were privy to the letter which found itself in queer Matthew Collin’s Hope Not article.

Max Musson should be avoided at all costs. The London Forum and Western Spring exist for the sole purpose of making money and bringing genuine nationalist movements into disrepute. Musson has been kicked out the BNP, rejected by the honourable British Democrats and has now infiltrated the National Front, along with Mossad operative Julie (Epstein) Lak.

Although we don’t have enough evidence on Collett, I think it is fair to say that until he distances himself from Lake and co, that he must be seen as a hostile.

Note – Please scroll below following article (section 3) for more on Musson/Nunn’s collusion with Hope Not Hate spy Julie Lake, his marriage to an Asian woman and more. For more info please write to carlmason123@icloud.com

My rant on white guilt and slavery.

The whingers on the Left and money men who want to speed up the Cudenhove-kalegri plan, whose wish is to replace us Brits with black, brown and white non English immigrant invaders – are now using the education system to brainwash our children.

Seems, immigrants are good, while we’re all lazy racist bastards.

Immigrants want to work. We don’t.

Odd as I have tried to find work in my native Worcester and am always told that my refusal to work for less than the minimum wage is the reason I struggle to find good work in plumbing.

Teachers are even exploiting our predisposition to guilt, knowingly using lies to brainwash our children into thinking that blacks were here in BRITAIN before we arrived here, so they can claim Britain for themselves. Sounds mad but that’s the sort of horse shite that’s entering the school curriculum.

Another lie the education system peddles is that Blacks were the victims of slavery by the evil Whites, who drank blood and ate babies. Sounds mad, but I’ve seen these claims first-hand in my kids school books. Surprised we didn’t shrink their heads, use them in medical experiments or turn them into lampshades….

In fact Jack Sen sent me the following little list he compiled.

Interestingly Jack Sen’s ancestors captained several of these slave ships. They were ”retired Naval captains, who in order to feed their families were forced to sell their services and expertise to corporations that traded salves. Most of these were in fact run by Jews.”

The Jews themselves admit this.

Jack Sen told me that a well known Dutch Rabbi blamed Jews for financing what he called an unholy industry.

”I’m not proud of my great uncle’s role in Britain’s salve trade, but at the end of the day it happened. Let’s just be honest about everyone involved and move on.”

”Referring to his new book on the Jewish role in the African slave trade, Rabbi van der Kamp said that “Money was earned by Jewish communities in South America, partly through slavery, and went to Holland, where Jewish bankers handled it.”

In researching the book, Rabbi Van de Kamp said he discovered data that shocked him.

“In one area of what used to be Dutch Guyana, 40 Jewish-owned plantations were home to a total population of at least 5,000 slaves,” he says.

“Known as the Jodensavanne, or Jewish Savannah, the area had a Jewish community of several hundred before its destruction in a slave uprising in 1832. Nearly all of them immigrated to Holland, bringing their accumulated wealth with them.

“Some of that wealth was on display last year in the cellar of Amsterdam’s Portuguese Synagogue, part of an exhibition celebrating the riches of the synagogue’s immigrant founders.”

Rabbi Van de Kamp says the exhibition sparked his interest in the Dutch Jewish role in slavery, which, he says, was “robust.”

According to research, on the Caribbean island of Curacao, Dutch Jews may have accounted for the resale of at least 15,000 slaves landed by Dutch transatlantic traders, according to Seymour Drescher, a historian at the University of Pittsburgh.

Jews were so influential in those colonies that slave auctions scheduled to take place on Jewish holidays often were postponed, according to Marc Lee Raphael, a professor of Judaic studies at the College of William & Mary.”

The slaves were shipped to North America and the Caribbean to work on plantations. Plantations were owned by the few, the powerful-both Jew and Gentile.

In fact one of the first plantations was owned by a black man, Anthony Johnson, who later won a court case to own the children of his slaves.

Besides, after 1776, the plantation owners were Americans, not British. We in fact fought to STOP the slave trade while the Yanks, Spaniards and others continued to exploit it. Arabs and Africans still engage in slave trading to THIS DAY.

Israel itself has a healthy sex slave industry where they exploit Eastern European women. We don’t.

And, how long are we going to let these criminals whinge? Aren’t THEY better off living in our lands?

Boxer, Muhammad Ali, said, “If it wasn’t for slavery, I wouldn’t be a boxing champion.”

He’s right. How many descendants from slaves would even want to visit Africa? Let alone move there….

No pushing now, form an orderly queue. Letisha, keep calm. There’s room on Ait Liberia for you and your 19 kiddies.

The whingers on the Left also ignore the history of the Barbary corsairs who raided European and British coastlines kidnapping Whites to sell in the Middle East. The 1.5 million Whites kidnapped are ignored by the education system as it doesn’t fit in with their views, and Blacks are always the victims.

The Reds and the money men are liars and must be confronted with the truth. From honest academics, writers and normal citizens like you and I.

Pseudo nationalist groups such as EDL, BNP, UKRAP, Britain First, Western Spring have a policies that you can’t criticise Israel or the Jews, but you can criticise Islam and Muslim practices.

People like Jez Turner make a mockery of genuine criticism of the Jews by referring to them as green-blooded lizards and bring our movement into disrepute.

Could it be they are financed by Jews, have Jews working for them, financing them? That their primary loyalty is to their backers in Israel, not their party or Britain.

That they ant to see our boys battling Muslims on the streets of OUR cities so e will support  their bloody wars for Israel?

Honourable men like Nick Griffin and Jack Sen have done their utmost to expose this and have paid a heavy price for their efforts.

Bottom line: you can’t criticise Israel or the Jews , but you can Islam and Muslim practises. Charlie Hebdo comes to mind….

Then there are the following men who run the aforementioned Western Spring. Yet another Zionist org owned and financed by Jewish extremists.

These buffoons are a prime example of nationalists who criticise everyone but the Jews. If it wasn’t for goofy Tit’s ginger mane I’d say all three chumps below – Max Musson, Larry Tait and Jack Buckby – were all tribesman. In fact Buckby’s just that. Creepy little feller ain’t he….

They then spend the remainder of the time promoting homosexuality and how mean Muslims are to Gays.

Musson, also known as Larry Nunn is married to an oriental woman, and only in this for the cash.

He was in fact kicked out the BNP for trying to steal money and excluded from the British Democrats for his conspicuous crooked ways, and is now in bed with Hope Not Hate agent and NF infiltrator, Julie Lake, and her handler, Fatty Matty Collins. Let’s not hope literally!

Just look at the beast!!