“The Left have embraced radical Islamism due to a shared mutual ideological hatred of Western European civilisation; this in spite of the fact that Islamism preaches religious extremism, misogyny, homophobia and racial hatred-ideals the Left claim they oppose. Marxist supremacists have weaponised Islam in the Middle East in the form of ISIS as well on our soil, through the migrant crisis they created via their wars in the Middle East.” Jack Sen, on a recent Resistance Radio broadcast

Jack Sen was a UKIP prospective Member of Parliament  for northern England before being unceremoniously, & quite publicly, suspended by his party one week prior to the General Election for ‘anti-Semitism’, and attempting to broach the subjects of indigenous displacement in Britain and raising the issue of the genocide being waged against White people in South Africa. His scathingly sardonic writing and orations have been featured on the European Knights Project, Praag.org, on American radio, on the Occidental Observer, UKIP West Lancs official site, ManTalk- and countless other places our best men speak out against societal injustice.

Imagine moving to someone else’s nation, for the sole purpose of destroying it. (South Africans will recall how Ashkenazi Marxist refugees Yossel Slovo & Nadine Gordimer repaid their debt to SA)

That’s precisely what Somali Islamist and Marxist activist, Yusuf Iram, did when she and her family gained asylum in South Africa.

Not only has this woman incited racial hatred in her host nation she’s demanded that the state accommodate her religious demands, and that they support her Marxist student organisation to the tune of 250,000 Rand per year.

Please be sure to visit Resistance Radio to catch our ALL NEW South African Resistance Report with Jack Sen! 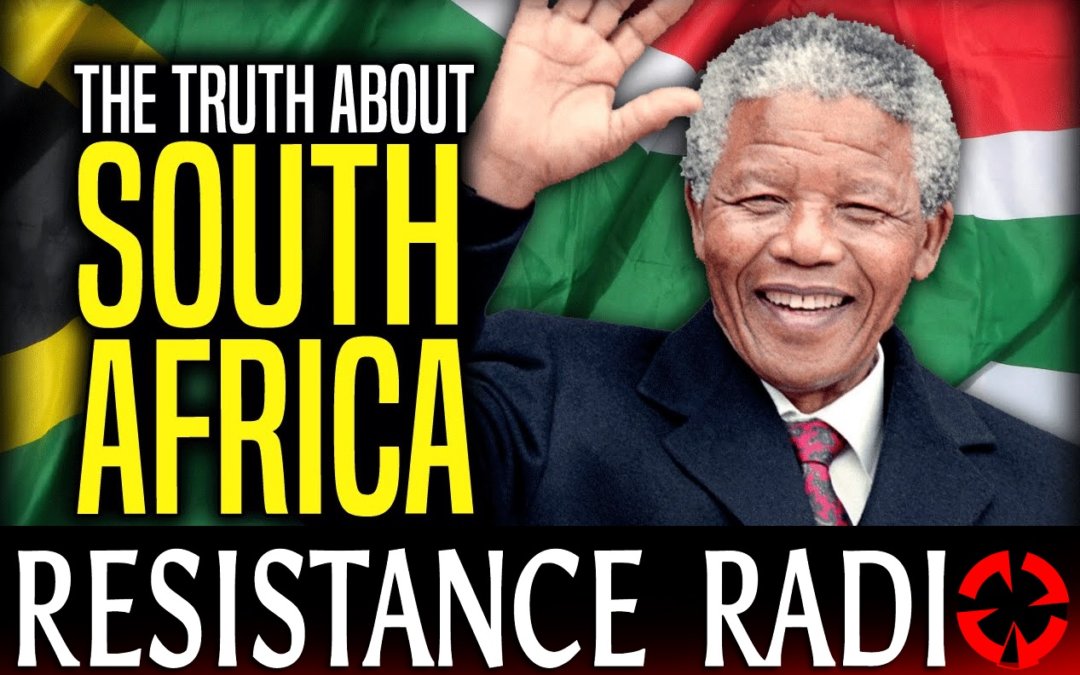 But this more than just about one pathetic bottom feeder’s infantile Tweet.

This is about a very dangerous  relationship that’s developed between the Left and people demanding we overhaul our societies to fit their ‘needs’.

Although the Left and Islam appear quite different on the surface, they complement one another quite well. In fact once you recognise why the Left support Islam and Islamic people overwhelmingly support Left leaning political parties, you’ll discover their end games are one and the same: they both seek the complete decimation of Western European culture and heritage.

The Left have embraced radical Islamism due to a shared mutual ideological hatred of Western European civilisation; this in spite of the fact that Islamism preaches religious extremism, misogyny, homophobia and racial hatred-ideals the Left claim they oppose.

In fact they champion any cause that opposes western values & Christianity, facilitates societal division and foments hatred. Basic divide and rule tactics….Whether it’s Ferguson Missouri, Leeds or Pretoria, the Left are the driving force behind societal discord and domestic animus, the mass immigration ravaging us from within, in South Africa-the rape and murder, the bloodshed, the poverty and…the hatred you feel when you look into the eyes of the people they prey upon through deception. The Radical Left for all intents and purposes profiteer from racial division and the ruin of western civilisation. I won’t mince words.

And this woman is a Leftist’s wet dream.

She’s black, Muslim, a woman, and wears a head scarf. What else could you ask for? Gay, I suppose.

So why bother exposing her? and why have never heard of Yusuf?

Because you’re being deceived.

The EKP does its best to expose the nature, names and faces of the vile people behind the Marxist hatred ravaging our lands-in this instance unveiling this fiendish perpetrator and exposing her agenda.

Yusuf is the latest Marxist anti-western radical to embrace the EFF, and in the short time she’s done so, she’s made quite an impact-rising through the ranks-first calling for money to be spent on an Islamic diversity centre in Pretoria, and now for land seizure.

Yusuf told a Sapa interviewer that,

South African “land was taken from my black brothers and we want it back and now. That’s why voting in the EFF on the student and national level-for men like Julius Malema and myself even, is so important.”

Although her words seem inanely stupid, this is the sort of Cultural Marxist hatred that is being taught to our children at our Marxist universities, by Marxist professors hell bent on destroying our homelands. Instead of them being institutionalised or incarcerated for treason, these people are permitted to roam the streets, incite chaos and sow the seeds of societal discord, that quite often lead to violence.

And does this gal really think Malema is going to have her back? Hasn’t she seen what happens to Somalians ’emigrating to South Africa?

He’s going to have her with a gourd full of sorghum or a glass of shiraz. But then again, maybe Yusuf behead him first when he refuses to convert…

Although she is as comical as she is repugnant, her words sadly do have gravitas. If they didn’t she would not be being interviewed by Sapa, marching with Bonga or Malema or being covered in the EKP.

Her hatred doesn’t stem from anything that whites have ever done to him or the blacks she represents-just from what he’s been fed at our Marxist universities; the latest vain of Marxist ideological hatred being taught to our most impressionable youth. One that pits blacks against whites, women against men, miscreants like Yusuf against normal folks and incites violence, death and destruction. We need to pay close attention to what this maggot says, as our lives may depend on it. Joe Slovo was once laughed at as well.”

Marxist fiends like Yusuf, a poster girl for 21st century diversity and tolerance and the people that are currently dictating the media narrative surrounding South Africa, are the primary reason why the international community thinks its alright white and other not-black-enough South Africans are being exterminated.

Fiends like these continue to incite violence against innocent non-black people, and trick the international community into thinking it’s alright, without any repercussion. They continue to wander the streets inciting hatred, recruiting people to spill blood and we do NOTHING.

‹ Ireland Celebrates Africa Day (kid you not) – Polish Day to be held in a few months time as Polish surpasses Welsh as Britain’s Second Language!! › Trump a great guy to work for, says Mexican female