Combating Cultural Marxism, and its impact on both the Left, and Right with BRPI

Nathan Reade is a representative of the British Renaissance Policy Institute. Through his work with the organisation and via his writing, Nathan hopes to combat the displacement of indigenous people in Britain as well as highlight and stem the tide of Cultural Marxist rot poisoning the minds of his people, and decimating his beloved homeland.

On how he found nationalism, Nathan writes, “I actually think it’s something that lies within your soul, something that is as basic as your natural survival instinct.”
n hopes to combat the displacement of indigenous people in Britain as well as highlight and stem the tide of Cultural Marxist rot poisoning the minds of his people, and decimating his beloved homeland.

On how he found nationalism, Nathan writes, “I actually think it’s something that lies within your soul, something that is as basic as your natural survival instinct.”

Nathan’s path to nationalism was accelerated by the drastic changes he witnessed in his native Birmingham.
M
“I grew up in Birmingham, and as proud as I am of being a Brummie, I absolutely detest the multicultural nightmare my birthplace has become. I found myself angered by the extent and cataclysmic nature of the changes, wondering who orchestrated them, and for what purpose. Somewhere between my first investigation and the day I recognised I was a nationalist, I’d realised I’d opened Pandora’s box, and there was no turning back.” See here for full 6000 word article.

Nathan also told us that his goal is to play a key role in the British Renaissance Policy Institute – with whom he has already protested – one that would help “promote nationalist unity within all western nations, but first and foremost in his native Great Britain.”

“National awakening begins with a return to basics. Our movement will be led by men who dare to tell the truth and that live by a strict moral code.” Nathan told us over the phone. “I believe our strongest and best men must speak out against societal injustice and for the promotion of traditional mores, lifestyles and values.”

A man of action, Nathan believes that the time for political discussion is over. Moving forward he wants to help British Renaissance unify like-minded people and attract others through awakening and strong leadership. He is also a firm believer that the Alt Right is NOT the answer, that it too is flawed due to its propensity to attract deviants with non-traditional views of family, faith, gender roles, sexuality and country to the movement.There are far too many beta males, homosexuals and women on the Alt Right for our liking as well. 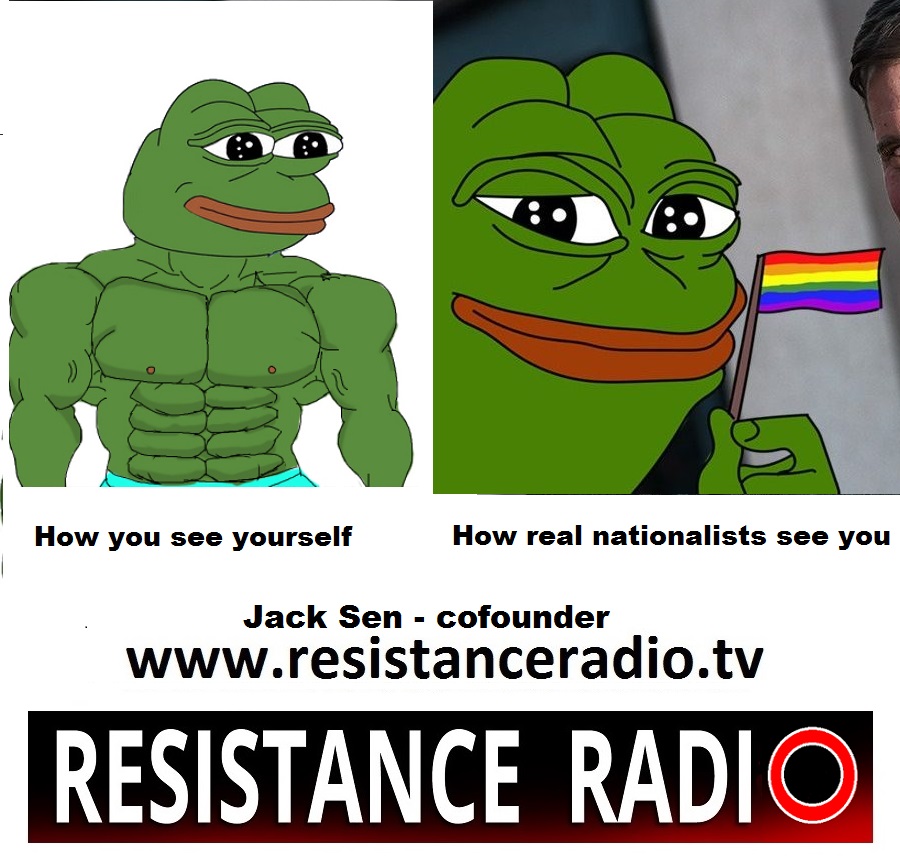 Nathan’s scathingly sardonic writing and bold orations have been featured on the European Knights Project and countless other publications. Nathan started his political journey with the English Defense League, actively marching alongside Tommy Robinson during the mid 2000s. To learn why he left the EDL click here.

Nathan Reade has also been a guest commentator on Resistance Radio, and a regular on the nationalist circuit.

I grew up in Birmingham, and as proud as I am of being a Brummie, I absolutely detest the multicultural nightmare my birthplace has become. This is my story. “ by Nathan Reade, his words, unedited, uncensored. Becoming a Nationalist I’m not too sure you can become a Nationalist. I actually think it’s something that […]

Why are we forced to endure the filth of the Notting Hill Carnival while our own culture suffers.

Today’s police are no longer a force to be reckoned with, but simply a service too weak to deal with today’s society.  Appeasing criminals and dancing like the office wanker at a Christmas party.  I remember growing up as a child, living in our then family home in Birmingham. We were and still are a […]

“To the people who tell me I’m racist because I don’t like seeing my England team dominated by blacks, I say,  I’d be equally unhappy if most of our players had to be sourced from South America, Poland, Asia even Italy. I would have no issue if one or two players were the product of […]

How forced diversity, no one voted for, is destroying Britain

This is why diversity is a hoax, this is why equality is a myth. How can so many groups of people be shoved together with vastly varying identities and cultures and decide on a way of living without one capitulating and taking a knee. This is democratic suicide. By Nathan Reade. Treading on egg shells and […]