I found the following story on the web and wanted to share it with my followers. This comes days after I discovered that the four star Britannia Hotel in Standish, Wigan, was making tens of thousands of quid housing grubby asylum seekers. A report I read suggests that the hotel is charging the local council as much as £100 a night to house them. In total the government has paid £750.000 since July  15 to keep our guests in 4 star accommodation!! All while our returning servicemen, elderly, and vulnerable go hungry and poor! Shame on them!

And I’d like to reiterate something Jack Sen recently wrote, “I am bloody frustrated with how apathetic we’ve become. We are literally under attack and most of you think that by simply sticking a French flag on your Facebook profile and buying a pack of frogs legs and some brie cheese, you’ve somehow done your part. You haven’t and need to start actually doing something before it’s too late.”

If you want to actually DO something, please write to us on western-resistance@dublin.com

We need volunteers, donations and a some bloody assistance. You know, the sort of thing Muslims and Jews contribute to their causes? Carl Mason

For people that want to buy Jack Sen’s new book ‘ How to get suspended from UKIP in 10 articles and 2 Tweets – the only honest book about Britain and our migrant crisis please click here. It may say it’s temporarily out of stock once you paid but it’s not. It just takes about 3 days due to high sales volumes and the system is lagging. http://www.amazon.com/gp/product/1782224254 It’s a really incredible read.

4 Star Accommodation on Your money for Migrants

The migrants, who hail from war-ravaged Syria, Iraq and Somalia, have stopped at the hotel since July – while they wait for Government officials to process their applications.But tired locals have set up a campaign on Facebook calling to kick the group out of the Britannia hotel in Standish, Wigan, claiming petty crime has spiked in the area as a result.The group – headed ‘No More Economic Migrants in Britannia Hotel’ – has attracted more than 2,000 followers and accompanies an online petition demanding the Home Office move them.
The 35-year-old, who runs an airport transfer company, suggested the migrants holed up inside the hotel have not come to the UK in search of a better life. 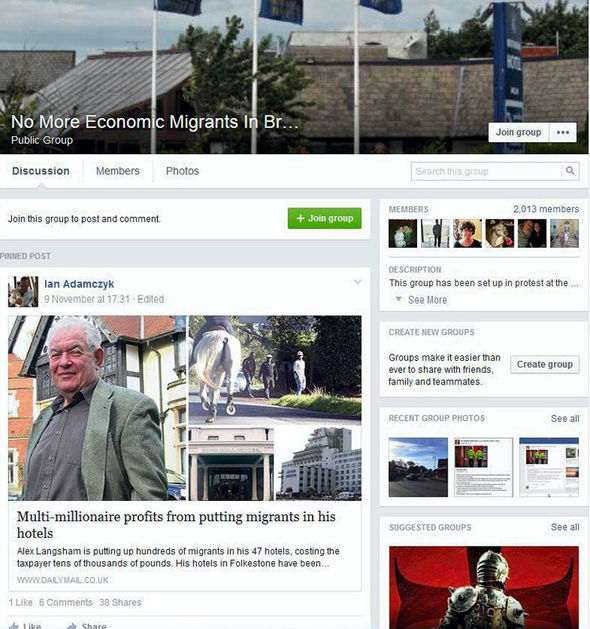 He said: “If people are genuinely fleeing their countries with their family and children, Britain would hold its hands out to them – but there seems to be too many people exploiting our country and just coming here for a better life.”Nearly all the people in the hotel are young men.”I think there are people in this country that need the help more or at least just as much. We are never going to be able to help every poor person in the whole world.” 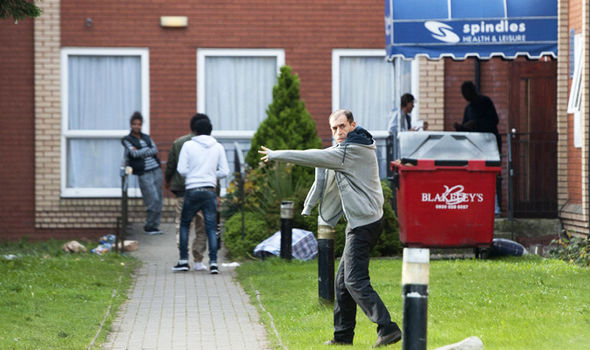 The lavish hotel has rooms costing up to £100 a night, four poster beds, a billiards room, a health club with an indoor heated pool, a hot tub and even a fitness centre.Retired industrial engineer David Lowton, who lives next to the hotel, expressed his anger at the lavish lifestyle the group are leading at the cost of the taxpayer.He said: “It annoys me that they are here at taxpayers expense. They have the windows wide open all of the time and they must have the heating on too – I can’t afford to have the heating on all day.”I object to them being there. They are in the rooms at the back with their windows constantly open overlooking my house. I imagine some of the older residents don’t feel safe as most of the asylum seekers are young lads.”

The 71-year-old added: “There used to be two or three coach loads of holidaymakers visiting the hotel each week but you wouldn’t see them now.” 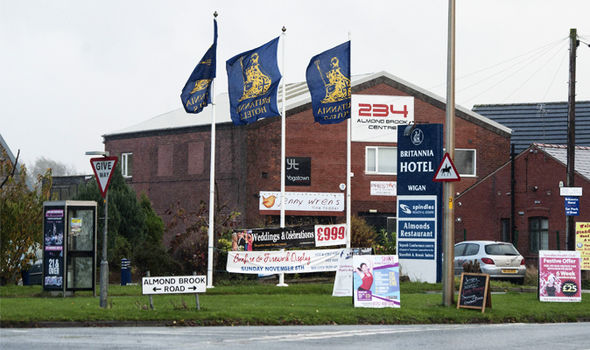 The asylum seekers have been placed in the hotel by security firm Serco, which operates the contract to house migrants seeking accommodation in the North West, Scotland and Northern Ireland until more permanent places become available.Despite claims that petty crime has increased in the area, police sergeant Alan Potts insisted there has not been a spike since the group moved in.He said: “There has been no increase in crime that we are aware of at the moment but if anyone wants to report any incidents they can do so ad we will investigate anything thoroughly.”
Staff at the Britannia Hotel refused to comment.Wigan Council’s assistant director for housing Peter Layland the council “has no control over the use of hotels or numbers”.He said: “The council is concerned at the use of hotels to house asylum seekers and has raised those concerns previously with Serco and the Home Office.”

Article 2  Refugee crisis: is EU aid offer to Africa ‘bordering on blackmail’? from the Week Magazine

European leaders are meeting with their African counterparts at a summit in Malta today to discuss solutions to the worsening refugee crisis.

On the table is a controversial proposal to increase funding and other forms of aid to African nations that help stop the flow of hundreds of thousands of people across the Mediterranean.

“The aim is to tackle the economic and security problems that cause people to flee,” reports the BBC. It is also hoped the deal will help persuade countries to take back failed asylum seekers.

European Council President Donald Tusk said efforts would focus on poverty reduction and conflict prevention. “It also includes the issue of taking back those who do not yet qualify for a visa, or those who do not require international protection,” he said on the eve of the summit.

The European Commission is in the process of setting up a €1.8bn “trust fund” for Africa and is encouraging its 28-member states to match that amount – though this seems unlikely.

Observers have raised a number of concerns about the proposals. There are fears human rights could suffer if African nations seeking aid benefits prevent refugees from fleeing.

Cecile Kyenge, a Congo-born Italian member of the European parliament said the offer was “bordering on blackmail,” according to South Africa’s News24.

There are also concerns that plans to sharply reduce the number of people arriving in Europe would cut off a vital source of remittance income from their economies, Channel 4 News reports.

The United Nation estimates that nearly 800,000 refugees have arrived in Europe so far this year, while more than 3,000 have died or gone missing making the dangerous journey.

The vast majority of them are fleeing war in countries like Syria and Iraq, but many are also escaping conflict in Eritrea, South Sudan and Somalia.

Today’s summit comes as yet more deaths are reported in the Mediterranean. At least 14 people, including seven children, drowned after their boat sank between Turkey and the Greek island of Lesbos.

Globalist Worcester Bishop and Traitor, John Inge, Says Let All the Migrants In!