Why should one have to feel unsafe when climbing into a taxi? Shouldn’t the Irish state that intrudes on our lives in so many areas be doing more, and make sure people are safe when they hire a cab?

Sadly, that is no longer the case in Ireland. In fact SHOCKING new figures show that hundreds of taxi drivers have been charged with sexual and violent crimes in Ireland in just five years. Charges included child abduction, violent assault and rape. Rape in fact is the most common complaint Gardaí have to contend with when investigating Ireland’s migrant cab drivers.

And how has the State responded you ask? Not by recognising the problem foreign taxi drivers have created – after all, the vast majority of these complaints were lodged against foreign born cabbies – but by demanding mass DNA screening of law abiding drivers – which is a direct violation of their civil liberties and an egregious example of state overreach.

Left-wing madness at its worst.

The second part of the following study will highlight some of the damage foreign doctors have perpetrated upon the country. Instead of our government facilitating an environment where Irish children are encouraged to study to become doctors, we bring in some truly dubious practitioners from overseas to fill skills voids. Certainly far from all are bad – in fact one of the surgeons that treated my Aunt was of Asian origin and very good – however to discount the damage our decision to bring in so many foreign doctors from Africa and of Islamic heritage in particular has caused, would be wrong.

And for disingenuous people who choose to intentionally conflate wanting to see one’s homeland protected from migrants with no regard for the law or the Irish people with racial hatred, please see our official statement on the matter here. It sits directly atop the list of murders and rapes perpetrated by Ireland’s migrant population we compiled.

Below you will find a list of crimes perpetrated by rogue taxi drivers that we have compiled through our extensive research. Some will include photos and details we’ve extracted from mainstream media sources.

A taxi driver who sexually assaulted a young passenger and then “maligned” her character by claiming she was drunk and abusive has been jailed for six months.Augustin Ion (50) groped the woman’s breast and asked her to come into the back seat of his taxi with him after arriving outside her house. The victim had taken a taxi home instead of walking because she thought it would be safer. Although Ilon received 6 months prison sentence, within days of his release, he was back in his taxi working.

2010: Nigerian national, Anthony Omagufi, rapes a sleeping woman in his taxi in Cork 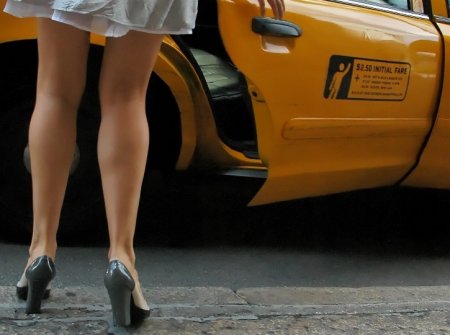 A taxi driver who brought a woman back to a party in his apartment and raped her while she slept has been given an eight-year sentence with the last two years suspended at the Central Criminal Court.  Mr Justice Paul Carney said that Anthony Omagufi’s position of a taxi driver was an aggravating factor as “women must be in a position to feel safe when they use a taxi, particularly late at night”. Omagufi (28), a Nigerian with an address at Granary Court in Mallow, Co Cork, was last month found guilty of raping the woman on July 26, 2009 after he pleaded not guilty to the charge at the Central Criminal Court sitting in Cork. Dublin Circuit Criminal Court heard Wednesday that Mr O’Connor and his girlfriend Ms Donohue were in Dublin city centre for Christmas drinks when they caught a taxi to Rathmines in the early hours of the morning. Elva Duffy BL, prosecuting told the jury in her opening statement that Stacey Donohue started giggling when she noticed Mr Kareem’s first name on his taxi identification plate and the other passengers joined in.

The prosecution alleges Mr Kareem took his identification card down and punched Noelle Donohue in the nose when she tried to grab it to make a note of it. Mr O’Connor told Ms Duffy Mr Kareem grabbed on to his leg. When he reached down to try and extricate his leg, he said he felt “excruciating pain” in his hand.

“The top of my thumb was gone,” he said. “I couldn’t believe the pain. I was just looking for a piece of my thumb on the ground.”

So not only do they rape our women, they bite our fingers off. A taxi driver sexually assaulted a female passenger by repeatedly touching her thigh as she sat beside him on a journey home after a night out. Yomi Matti (50) was given a three-month suspended sentence for sexual assault in what a judge described as the “ultimate nightmare scenario” for an unaccompanied woman in a taxi.

The young woman said in a victim impact statement that she did not want to see Matti go to jail, but “didn’t want it to happen to somebody else”.

2014: Oba Olatoye Aladunjoye appears in court after punching a female passenger in the nose

2014: Mihail Ghimisli is ordered to leave Ireland after abusing his girlfriend

2015: A Pakistani driver appears in Naas court accused of raping a woman in Kildare 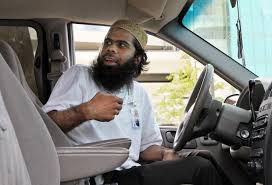 A Pakistani national with an address in Co Dublin appeared at a special sitting of Naas District Court yesterday morning on a charge of rape of a female passenger at a location in Co Kildare last September 9. He was denied bail.

The state contended that the accused is legally entitled to anonymity unless he is convicted. Although we agree that accused are entitled to due process and should be presumed innocent until proven guilty, the fact that so MANY foreign Taxi drivers are being accused of sexually assaulting their clients should tell us that we have a serious problem on our hands.

Until it is resolved, women should think twice before getting into a cab operated by a foreign national.

Photo is a stock photo of Muslim cab driver-one who is in a legal battle in another Western country. Our Muslim cabby is being protected by a state that cares more for migrants than it does its own people. 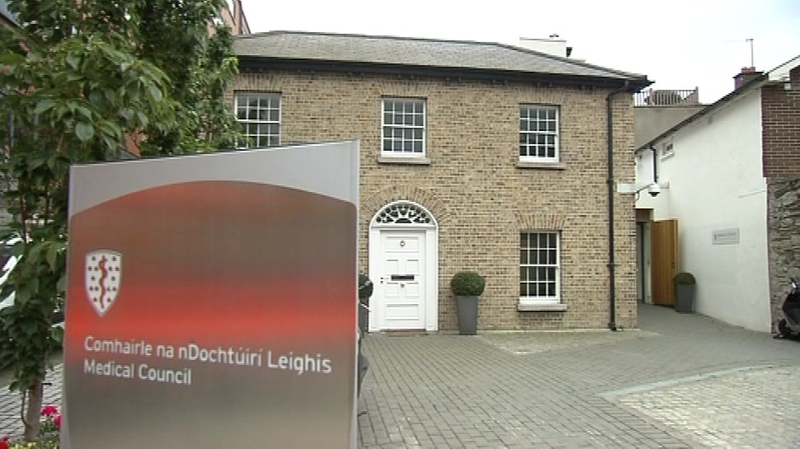 Health Services Executive manager, Anne Hardy, said the initial concerns about Dr Osunkwo had been raised by nurses and patient safety was an issue. She told the inquiry that Dr Osunkwo displayed an alarming level of difficulty. Dr Osunkwo faced five allegations of professional misconduct or poor professional performance.

It was alleged that in March 2009, he tried to read a spinal X-ray while holding it upside down. On another occasion that month, he allegedly asked nursing staff if a patient’s pulse rate reading of 165 beats a minute was high. The inquiry heard that Dr Osunkwo tried to cannulate a patient using a scalpel to cut the patient’s hand. In the case of another patient, he allegedly made an excessive number of attempts to take a blood sample. 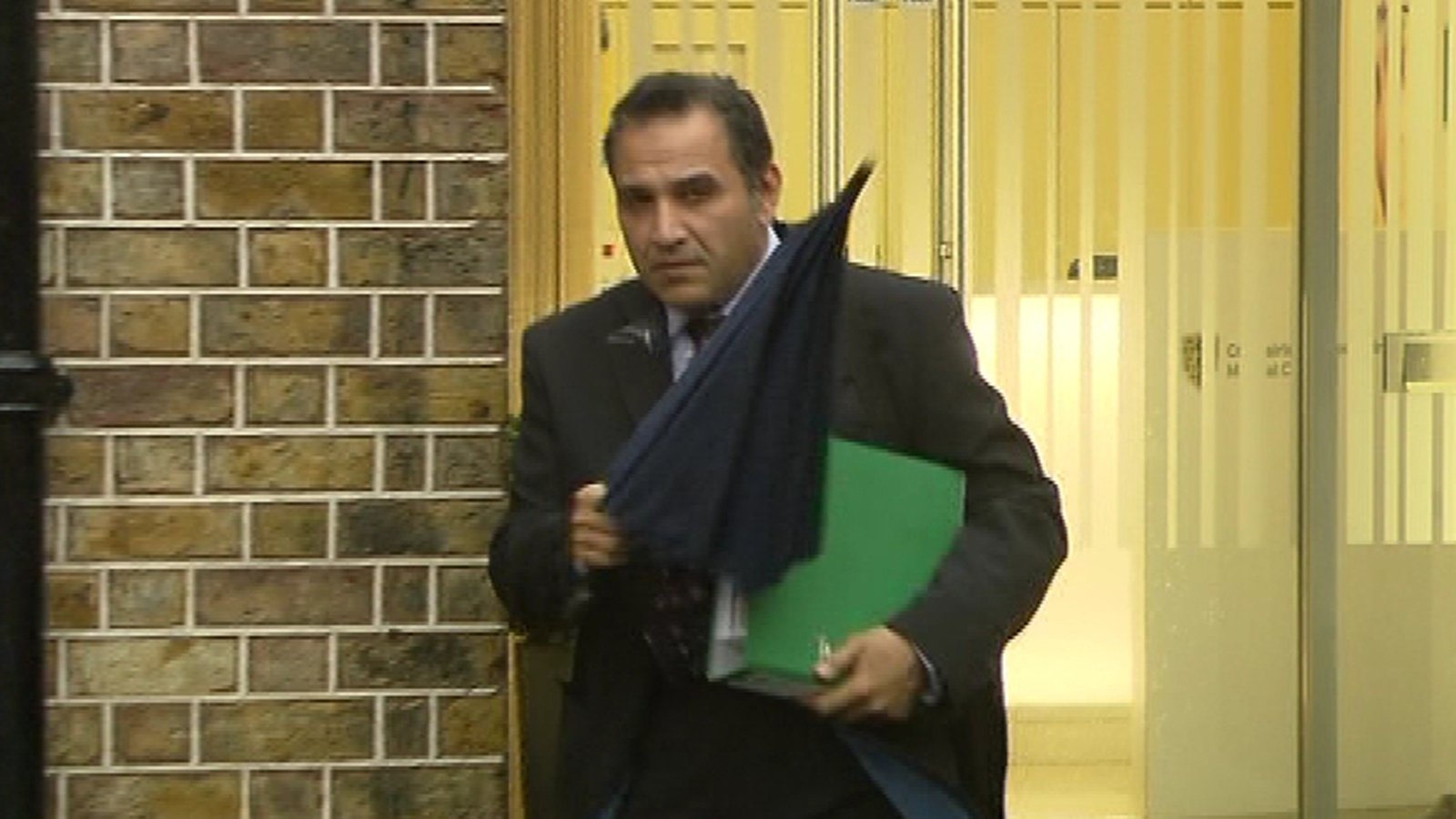 A female Irish patient was left “terrified” and afraid to set foot in a hospital again after she was locked into a room and kissed and molested by a consultant.

Mother-of-three Teri Chamberlain claimed a consultant anaesthetist at South Tipperary General Hospital invited her to his on-call residence room for a treatment to stop smoking before sexually assaulting her on July 13, 2010.

These include kissing the patient, calling her on her mobile phone, inviting or allowing her into his private on-call residence room, locking the door and sexually assaulting or molesting her in the room. He denies all allegations.

Ms Chamberlain, who was living in Cahir, Co Tipperary, at the time and attending the hospital for a colonoscopy, said she had trusted the consultant and had been left afraid to enter a hospital. 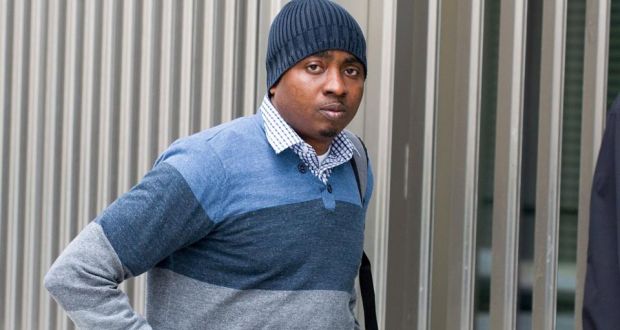 A care assistant who sexually assaulted a patient while working at the Mater Private Hospital in Dublin has been sentenced to two years in prison with six months suspended.

Folajimmy Awode was working as a part-time care assistant in Mater Hospital’s victim’s ward. Awode was in the victim’s room on the evening of the assault to clean her toilet. Prior to going to sleep around 11pm, the woman, who cannot be identified, had taken a muscle relaxant for her back.

She first awoke to find herself being sexually assaulted but said because she was in hospital she closed her eyes, only to find she was being abused again.

A Limerick doctor subject to a Medical Council inquiry was “always going to prayer” and “used his religion not to behave properly”, according to a colleague. The comments were contained in internal HSE correspondence and attributed to Dr Ibrahim Khir about his fellow Muslim doctor Saqib Ahmed, who faces eight allegations of professional misconduct and poor professional performance.

In the letter, which was read out during a fitness-to-practise inquiry yesterday, Dr Khir was quoted as telling a consultant in the oncology ward that he felt Dr Ahmed was betraying his faith. Notice how the Muslim witness for the prosecution didn’t mention anything about the accused betraying his patients?

“My impression is that Dr Ahmed sometimes used his religion not to behave properly,” Dr Khir was quoted as telling consultant oncologist Dr Linda Coate, who was the author of the letter. Dr Khir gave evidence about the letter to the inquiry and, under cross-examination from Dr Ahmed, he said prayer should not be a reason for being late for work. Dr Ahmed asked Dr Khir if prayer could be a reason for being late for work in Ireland, to which Dr Khir replied that prayer could be timed around work. The inquiry has already heard that Pakistani-born Dr Ahmed was described in internal HSE correspondence as being “radicalised” and had spoken in the hospital of his support for al-Quaeda.

Dr Ahmed worked as a registrar in the oncology clinic of University Hospital Limerick from July to November 2012.

Note – photo is of another Muslim doctor praying. Photo of the accused was witheld by the State.

2016: Sudanese Oman Hassan warns HSE that a “bloody price will be paid after being struck off