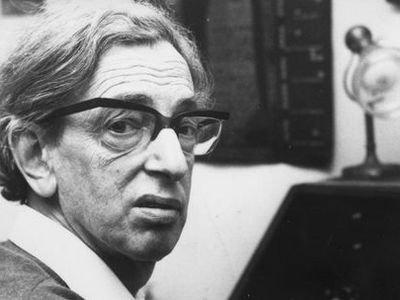 Marxist historian Eric Hobsbawm lamented, “To this day, I notice myself treating the memory and tradition of the USSR with indulgence and tenderness.”

Only a psychopath can lie with such effrontery and feel such hatred and contempt for the masses he supposedly wants to help.

It struck me reading his fellow German Jew, the dismal Karl Marx, that never once does Marx evince any warmth or appreciation for the workers whom communists supposedly glorify, or the value of their work, without which we would have no houses, roofs, clothes, or food.

Communism is all about enslaving the hated goy.

…..Michael Walsh on the bolshevik knock on the door When you heard the knock on door,
You thought they came for me;
Not so fast, unruffled friend,
They also came for thee;
It’s not just me they took away,
By silver light of dawn,
They took away your freedom too,
Your tongue is hung-and-drawn.
At dawn you heard commotion,
You pulled the sheets up tight,
Pleased this time is not for you,
You’ve yet to see the light;
But light has been denied to you,
Your freedom also died;
Truth in hearts of men in gaol,
Is never truth denied. MICHAEL WALSH POET Part rebel, part lyricist, the Irish free-thinker Michael Walsh has earned international acclaim for his spin-free analysis of European history.  ‘Behind the lines’ he has composed poetry described as superior to anything in English literature.  The quality of his verse, now published in ten volumes, simply cannot be equalled by any living poet. 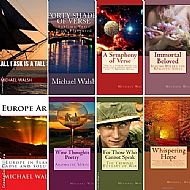 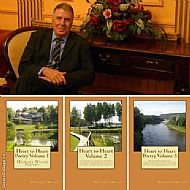 The poetry of Michael Walsh made an impact on Carlo Gallozzi. The noted Italian video-producer is the creator of some of the world’s most romantic videos.

The perfect partnership, Gallozzi and American, Jayme Liardi, teamed up with Michael to give romantics all they could wish for. Their divinely-illustrated music-backed video-poetry is so sublime that viewing figures quickly surpassed those of many established recording stars.

You can enjoy their creativity by clicking on YouTube link and randomly choosing a poem you feel might appeal to you. Especially recommended in Michael’s The Oldest Love Letter, which is his most successful video-poem to date.

‹ How I felt about joining the Marines; low-T whites the greatest crisis we face; truck driving –high-paying jobs for WNs › Nationalists from 4 Nations Unite to Discuss Displacement of Western People/Destruction of Britain