The owner of a Greek restaurant dubbed “the dirtiest in the world” has been banned from managing restaurants indefinitely. 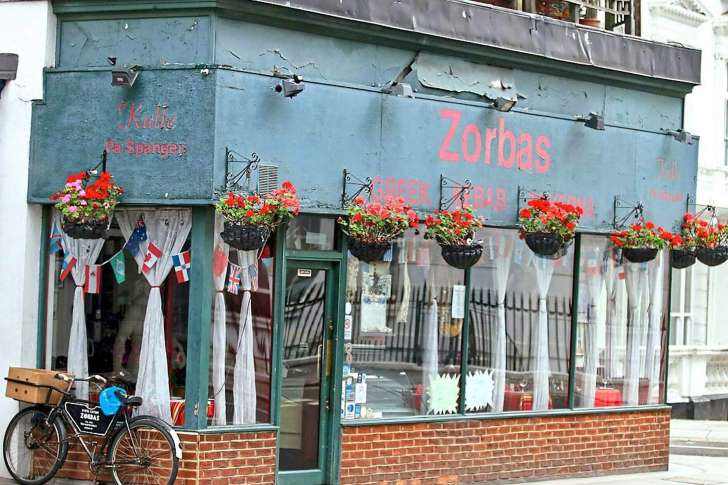 When health and safety officers raided Zorba’s Greek Taverna in Bayswater they found it littered with cockroach eggs and mice droppings. There were sewage flies living in a tahini dip.

Magistrate Margot Coleman handed him an indefinite prohibition order from managing restaurants and said the taverna on Leinster Terrace was “one of the dirtiest restaurants I have seen”. 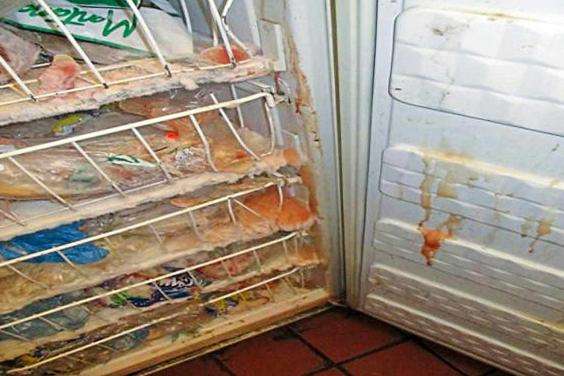 Ms Coleman told Pittas: “Your restaurant has been closed on more than one occasion because of poor conditions. The fact is there’s a continuing trend over a long number of years of appalling hygiene in your premises. You seem to run your restaurant with complete disregard for the regulations that exist to protect members of the public from becoming ill.”

Westminster city council inspectors found mouse droppings under a counter used in food preparation and all over the kitchen. There were rat droppings and rat hairs on the kitchen floor and cockroach egg cases and mouse droppings outside the cold room. Cockroaches were found in the basement storeroom and on a shelf used to store lentils and dry goods.

Sewage flies were breeding in the tahini, a sesame seed-based dip. Raw meat was stored on a filthy floor in the cold room and there were dirty containers of food with no date labels in the fridge. Officers found bloodstains frozen into ice in the freezer and a mincer covered in mouse droppings. They say the charcoal grill and microwave were clogged with thick grease.

Pittas repeatedly failed to appear in court with relevant papers during his proceedings, which stretch back to June last year. He eventually admitted the charges against him and appeared in court on Wednesday. His firm Le Palefco was fined £12,800 at Westminster magistrates’ court for four counts of failing to comply with EU food hygiene provision.

On TripAdvisor 67 per cent of 193 reviewers rated Zorba’s the lowest rating of terrible. Reviews call it dirty, disgusting, awful and “absolutely dreadful”. One reviewer says it is “the dirtiest restaurant I ever seen in the world” and a “horrible place and a dangerous place to eat”. Another reviewer talks of being “reluctantly greeted and seated” by a chef in a filthy apron. Another describes it as: “The worse dining experience of my life. Terrible food, terrible service and the chef was shouting at his staff during the whole evening.”

Bayswater is an area within the City of Westminster and the Royal Borough of Kensington and Chelsea in central London.[2] It is a built-up district located 2.5 miles (4.0 km) west-north-west of Charing Cross, bordering the north of Kensington Gardens and having a population density of 17,500 per square kilometre.

Bayswater is one of London’s most cosmopolitan areas: a diverse local population is augmented by a high concentration of hotels. In addition to the English, there are many other nationalities; in particular there is a large Greek community around St Sophia’s Cathedral, Moscow Road – London’s Greek Orthodox Cathedral, a sizeable French community, Americans and London’s largest Brazilian community. There is also a significant Arab community present here.

It was founded by the Norman lord Baynard a thousand years ago, hence the name Bays’-water. Infamous residents of Bayswater who sold their country out to the Jews have included Normans Winston Churchill and Tony Blair. 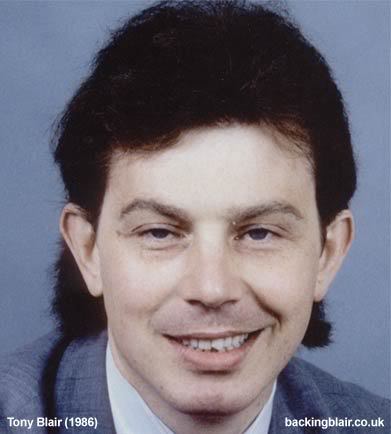 …… Toxic ego brought this man down

How did Pittas benefit from his selfish sloth and greed? From not cleaning up and not throwing away old food? (The Chinese are also infamous for both these cardinal sins. I spent 18 years in Washington, D.C., and the Washington Post, on page two, for years had — or still has? — a column about restaurants closed or fined for just these things, and every week it seems some Chinese restaurant got nailed.)

Pittas’ s restaurant is over, he himself is now banned from his own profession for life — any Google search will tell this to any future employer — and he personally is hated by all and sundry. Liberal or conservative, no matter what your race or views, literally everyone hates getting food poisoning!

The restaurant name “‘Zorba’s Restaurant” is also valueless now — and cannot be sold. Who wants to patronize the joint now — even under new management — except maybe, fresh off the plane, some aging American tourists in their sixties who remember the excellent 1964 movie with Anthony Quinn?

What drives a man to such madness?

Eckhart Tolle talks in his two books, The Power of Now and A New Earth, about what the unconscious ego is, a monster that, among primitive humans — earthlings like us — destroys the bearer and all around him.

The ego is mental cancer.

Jesus said: “The truth will set you free.”

But not the truth about Him! How can His being enlightened do anything for YOU? All you can do is imitate Him.

What he really meant was the truth about YOU!

As my many blogs and videos have proven, YOU are an eternal being. YOU have many incarnations, as an animal and then a human. You are an atman:  a soul having experiences, and supposedly learning from them, which dropping the ego makes doable.

What you are NOT is those temporary experiences, those fleeting feelings, those ephemeral thoughts, those memories from childhood, high school, and your first marriage, etc, and all your anger and remorse about those….

Nor are you the dread, anxiety and nervousness the average person feels non-stop about the near and long-term future.

Let’s apply all this now to Pavlos Pittas.

His ego clearly has to hate people in order to feed them filthy food. He has to view them as worthless.

And as stupid suckers.

Look at his photo again….a happy guy? No, a man full of anger. 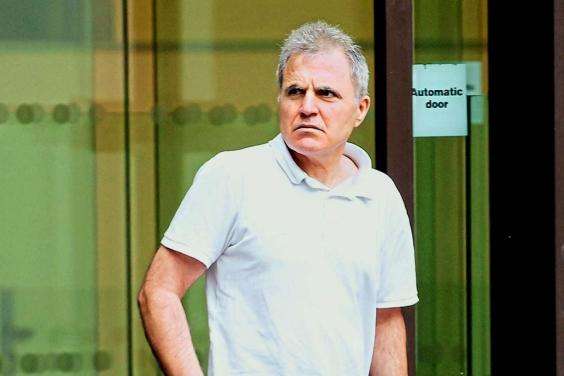 His ego has caused him to view the world, people in general, his customers, and the law in an an insane way, as parties that would somehow never become outraged and never strike back.

He is just like the Jews — whose egoic mind is full of “screw the gentiles for hating us”and does not see that screwing the Gentiles is WHY we hate them.  😉

The goal must be presence, seeing reality with no thoughts, filters, indoctrination or viewpoints,

Just see what is. Take it all in. 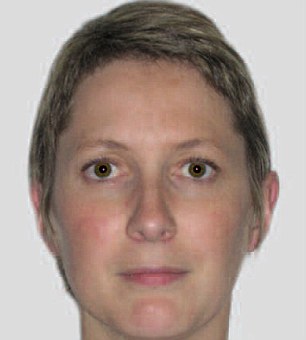 What Pittas would see without ego filters is nice people wanting to put money in his pocket in return for, imagine that?,  a nice meal. All you have to do is love them as your fellow human beings,  Pavlos, take good care of them for 30 minutes, and make sure they have a nice time.  🙂

Then they will come back and give you MORE money. 😉 Win-win.

And you win too because you feel good about making someone else’s day or evening better. 🙂 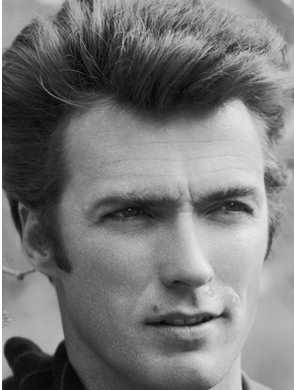 The ego, however, is a rat’s nest pretending to be you, and justifying all your acts of insanity. This planet is full of young souls who cannot control their egoic mind, and so this rat’s nest of anger and fear controls them. 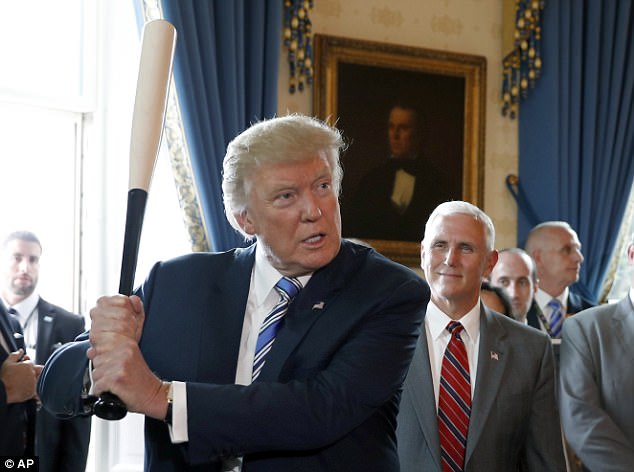